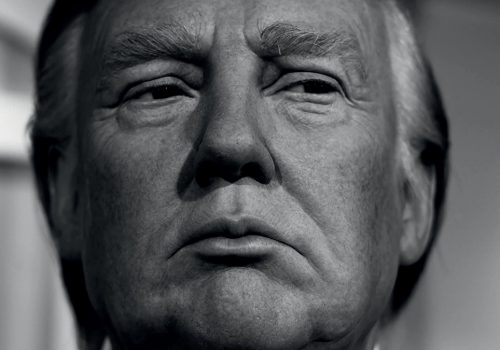 For a year, the Museum of Photography chose to present the “filmed” work of the NOOR photo agency in its Boîte Noire. The agency, which brings together talented and international photographers, offers reportages and documentaries on current affairs. Focusing on subjects “on the fringes” of what the traditional media are used to showing us, it is at the very heart of contemporary issues that the images of NOOR bring us. The range of their work is vast and the museum has decided to dedicate its Boîte Noire to the agency for a whole year. Each temporary exposure cycle corresponds to a problem raised by NOOR. This third and final session is devoted to American politics and the social fractures that plague the country.

We are an independent collective of writers, journalists, photographers, artists and filmmakers. With integrity, passion and respect, we document, investigate and witness our world to inspire action.

We tell stories that have an impact on our humanity.

We strongly affirm the power of our visual storytelling to contribute to a better knowledge of the world, bring about social change and modify our understanding of the contemporary world and its challenges.

We think “some things just need to be seen.”

Photography is our form of resistance and our revolt.

Our fight is one of commitment, of activism through the visual and photographic medium.

NOOR, means Light in Arabic, it was created in 2007 as a commercial entity and a foundation to allow its members – shareholders to take control of their work and take advantage of the strength of this group community in a media landscape in full mutation.

Berman’s film is based on key scenes and visual motifs from Riefenstahl’s film, Triumph of the Will, which documents the 1934 Nazi Party conference in Nuremberg. Commissioned by Adolf Hitler, Triumph of the Will, shot in dramatic black and white, celebrated the power of the Third Reich, and presented Hitler as a supreme leader, revered by the Aryan masses.

In Berman’s film, worshiping crowds are always present alongside contemporary symbols of fascist iconography. But while Riefenstahl’s film celebrates National Socialism, Berman’s film inhabits the space of black satire and absurd surrealism. In Riefenstahl’s film, Hitler is on a plane flying through white clouds, suggesting spirituality and divine power. In Berman’s film, the white clouds are replaced by a jet of steam blowing from a sewer pipe on 5th Avenue with Trump’s black skyscraper in the background.

In Riefenstahl’s film, multiple angles of view captured every Hitler movement. In Berman’s film, Trump was never seen in the flesh. Instead, there is a mass of pixels projected on screens in front of the Lincoln Memorial, a smiling face transformed into a t-shirt or a life-size wax figure. His speech, based on the authoritarian promise of a return to a glorified past, was warmly received by the American public. Berman records scenes that echo in their meaning and aesthetics the images of Nazi supporters at the Nuremberg rally.

For his research on Triumph of the Will, Berman visited the Munich Documentation Center and the memorial site of the Dachau concentration camp. She also drew on her own experiences over the decades as a photographer covering American politics, white supremacy, Christian nationalism and the militia movement.

Jon Lowenstein specializes in documentary explorations that confront the fields of power, poverty, racial discrimination and violence. Through the combination of photography, moving image, experiential writing and poetry, he strives to obtain a clear and flawless reading of forgotten subjects in history.

In Lincoln’s Promise he follows the journey of the funeral train of American President Abraham Lincoln. The film traces part of the original route from Washington D.C. to New York via Baltimore all the way to Chicago.

This journey is an excuse to tackle the subjects that challenge Jon Lowenstein. Abraham Lincoln remains in the collective imagination the man of the 13th Amendment of the United States, the one by whom slavery was abolished in 1865. He is also infamous for his death, murdered in a theater in April 1865. It is therefore in the footsteps of a highly symbolic personality that the director launches.

Parallels and observations of a society always fragmented, plagued by doubts, demonstrations, injustices, emanate from this film. It is the testimonies of Americans disillusioned by a society that had promised them freedom, and the images of this ordinary racism present in a “modern” society that we discover. This inevitably brings the question, 150 years later, of the legacy of the 13th Amendment.