Museum of the City of New York : Celebrating the City : Recent Acquisitions from the Joy of Giving Something 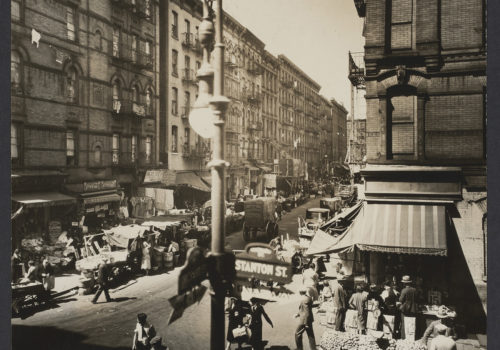 A llama in Times Square…fireworks over the Brooklyn Bridge…polar bears playing in a pool at the zoo… subways, skylines, shadows, and stolen moments… all these things and more tell the varied story of New York City, captured by the lenses of many of the medium’s greatest photographers. Now, these images are on view as part of “Celebrating the City: Recent Acquisitions from the Joy of Giving Something,” at Museum of the City of New York. The exhibition features approximately 100 photographs selected from the more than 1,000 images recently gifted to the Museum by the Joy of Giving Something (JGS), a non-profit organization dedicated to the photographic arts.

“Photographs of New York are instantly recognizable and help us celebrate and elevate the many stories of our vibrant city that might otherwise go unnoticed,” says Whitney Donhauser, Ronay Menschel Director of Museum of the City of New York. “As we continue to emerge from the challenges of the COVID pandemic, this magnificent gift from the Joy of Giving Something dramatically advances MCNY’s already stellar 400,000+ image photography collection and gives us an even greater ability to share the stories of our beloved city and its inhabitants.”

“JGS is extremely pleased to donate a substantial group of prints from our collection to the Museum of the City of New York. Most of the work in our donation features New York as subject and it is a great match that the photographs stay in

New York to be enjoyed by audiences far and wide,” says Jeffrey Hoone, President of Joy of Giving Something (JGS). “New York continues to be a subject for photographic artists from around the world and JGS is proud to help continue that legacy as we support younger artists through our many different programs. We applaud the Museum for their forward-thinking programs and their commitment to preserving and celebrating New York as a vibrant subject for photographers past, present, and future.”

Devoted to the field of photography, and ever on the search for its very best practitioners, JGS founder Howard Stein never limited himself to a single genre or style. Stein began acquiring photographs in the 1980s, eventually forming one of the most comprehensive collections in private hands, spanning the 19th through the 21st centuries. His understanding of the photographic medium and discerning eye for print quality and condition yielded a remarkable collection shared through exhibition loans around the world.

MCNY’s “Celebrating the City” is organized into 10 categories, from working, going shopping, playing, and gathering to loving, gazing, being, reflecting and building, all illustrating the universality of the city and offering the opportunity to compare how some of the best-known photographers have returned to the same subjects again and again.

Some exhibition highlights include:

Highlights from the exhibition’s anteroom draw from other recent acquisitions in the MCNY’s collection that demonstrate the Museum’s ongoing commitment to reflecting the diverse range of people and perspectives that make up NYC. On view: Works by Jamel Shabazz and Mahtab Hussain; An Rong Xu and Annie Ling’s photographs of contemporary life in Chinatown; a Máximo Colón photo taken on the Lower East Side; images from Jamie Permuth’s YONKEROS series; and Pablo Delano’s photographs from Washington Heights.

Celebrating the City: Recent Acquisitions from the Joy of Giving Something
Museum of the City of New York
1220 5th Avenue
New York, NY 10029
www.mcny.org