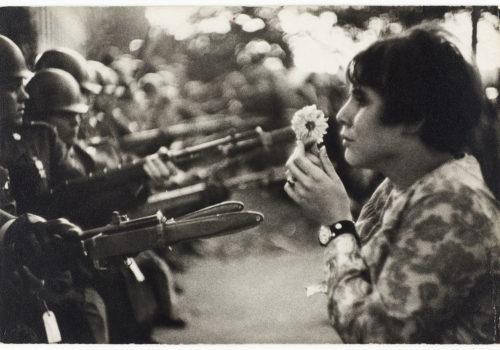 Landscapes of ruins, chaos of combat, scenes of victory or defeat, portraits of soldiers or civilians… Images of war, and particularly of past wars, permeate our collective memory, particularly through the prism of photography.

The Musée de l’Armée presents for the first time an exhibition devoted not to the conflict, but to the representation of it through photography, which goes far beyond war reporting. Since the appearance of this new medium on a battlefield in the middle of the 19th century, the relationship between photography and war has been complex, arising from plural practices (amateur or professional), multiple intentions and uses (informing, documenting , to prove, convince, legitimize, deceive, denounce, testify, remember…) in the most varied fields (military, political, economic, but also social, cultural and aesthetic).

Glass plates, contact sheets, albums, portfolios, portraits, stereoscopic views, small and large formats… From the Siege of Rome (1849) to the current war in Syria, via the Civil War, the war of 1870, both world conflicts, the Vietnam War, the Cold War or even the wars of decolonization, the course brings together more than 300 photographs telling the story of a media construction of the war through the image.

Finally, the Photographs at War exhibition is an opportunity to highlight the exceptional photographic collections of the Musée de l’Armée, rich in more than 60,000 items, as well as its policy of active acquisition from contemporary photographers, such as Philippe de Poulpiquet or Édouard Eli

The first war photographers operated during the siege of Rome by the French army from June to July 1849. First used as archival documents, their photographs represent the new ruins of Rome. But the real boom in war photography occurred during the Crimean War (1853-1856), a theater of operations in which the English photographers Roger Fenton (1818-1869) and James Robertson (1813-1888) were sent to cover the conflict and document daily life

From the 1850s, photography became a veritable source for press illustration. Thanks to the evolution of techniques, the end of the 1880s saw the birth of the golden age of the illustrated press, seducing readers with bold layouts and the construction of photographic stories.

Considered as a testimony to reality, photography became, at the dawn of the great world conflicts, a propaganda weapon for the benefit of belligerents who now produced their own images for the press.

The myth of the photojournalist developed at the turn of the 19th and 20th centuries. Hailed for their courage, war photographers travelled close to conflict, thwarting death and censorship to bring back the most authentic images. The United States, during the Vietnam War, gave great freedom to photojournalists, who thus brought back images of the conflict, which have become iconic. Twenty years later, during the first Gulf War, they chose to limit press freedom in theaters of operations, plunging photojournalism into a crisis of representation.

If photography serves as an illustration, it is also a technical means that evolved over time and inventions. From the calotype in the middle of the 19th century to the very long-range thermal camera, the Photographs at War exhibition explores the evolution of these techniques in the service of the image, with the aim of representing a conflict or an era. The 1860s saw the development of studios and houses specializing in the market of photographic prints.

At the end of the 19th century, the rise of the photographic industry allowed a democratization of amateur photography and more and more combatants recorded their experience of war. These millions of private images compete with official images.