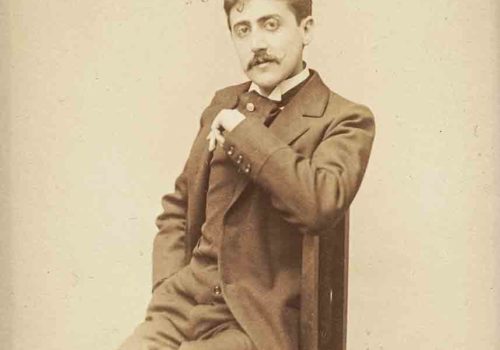 The Carnavalet museum – History of Paris museum commemorates the 150th anniversary of the birth of Marcel Proust (1871-1922). Dedicated to Marcel Proust’s relationship with Paris, where most of his life took place, the exhibition Marcel Proust, a Parisian novel questions for the first time the place of the city in the Proustian novel.

The first part of the exhibition explores the Parisian universe of Marcel Proust. Who was Born and died in Paris, the life of the writer took place in the heart of a very small space, a quadrilateral going from Parc Monceau to Place de la Concorde, from Concorde to Auteuil, from Auteuil to Bois de Boulogne and Étoile.

Paris has a decisive dimension in the awakening of the literary vocation of Marcel Proust, from his first texts at the end of the 1890s with his classmates from the Lycée Condorcet, until his beginnings in the Parisian high society and the meeting of determining personalities. .

His discovery of artistic and social circles in Paris, the friendships and loves that arose there strengthened the personality of the writer and led him to the revelation of his vocation. An important cartography makes it possible to materialize the presence of Marcel Proust in Paris, his networks and places of predilection.

At the heart of the exhibition, the evocation of Marcel Proust’s bedroom offers – thanks to a unique device – an immersive dive into the world of the writer. The pieces of furniture and the objects that compose it, linked to the intimate life of Marcel Proust and his family, make it possible to represent the space of creation and to account for the genesis of the work.

The second part of the exhibition opens onto the fictional Paris created by Marcel Proust. Following the architecture of the novel In Search of Lost Time and through emblematic Parisian places, it offers a journey into the work and history of the city, by focusing on the main protagonists of the novel. The city of Paris, poetized by fiction, is the setting for the quest of the narrator, double of the author, until the final revelation of his vocation as a writer.

Around 280 works (paintings, sculptures, graphic works, photographs, architectural models, accessories and clothing), manuscripts and archival documents, from public and private, French and foreign collections, evoke the Parisian universe of Marcel Proust, oscillating between reality and reinvention. Numerous extracts from archival films, film adaptations and sound recordings in Search of Lost Time will provide visitors with a sensory introduction to the novels and the Proustian world.