Minor White’s Metaphors at the Loewe Foundation in Madrid 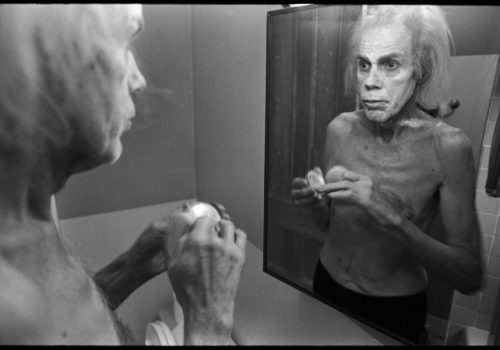 The Lowe Foundation in Madrid presents a show entitled Minor White: Metaphors —the first of its kind to be shown in Spain with 42 photographs — and invites us to ponder a visual paean to White’s enduring legacy.

Even today, Minor White’s black and white photography exudes a broad spectrum  of emotions. Each negative, from portraiture to landscape, is a profound statement  of feeling. White was a perfectionist; meticulously composing every frame to convey a myriad of ethereal messages. Such symbolism, when accompanied by White’s own words uttered during his time as a teacher and editor, and in his personal diaries enhances his enduring contribution to modern photography even further.

Why Minor White dedicated himself to photography is elucidated by a swathe of significant life moments. His grandfather giving him his first camera at the age of seven. His first professional commission in Portland, in 1938, to document waterfront buildings that had been earmarked for demolition. Moonlighting as a volunteer photographer  in the local theatre scene. His first teaching job at La Grande Art Center in 1940, which culminated in three of his photos being accepted into the ‘Image of Freedom’ exhibition at New York’s MOMA, just two years later.

However, like many of the creative talents of his generation, White’s trajectory was interrupted by war. Posted to Australia, Hawaii, and the Philippines during World War Two, meant he became largely estranged from his camera, but he explored theories and honed nascent philosophical leanings instead. It was time spent in reconnaissance that the photographer seldom wasted; writing poetry and prose, much of which informed his unique lens later in life.

Returning home from the war, he travelled to New York in 1946, where he met Alfred Stieglitz in his gallery. He was drawn to the photographer’s understanding of Equivalence subordinating the literal subject matter for a more metaphorical reading but during the encounter White was almost paralysed by self-doubt. Eventually he worked up the courage to ask his established peer whether he could ever be a truly great photographer. Sensing his unease Stieglitz responded with one resounding question. ‘Have you ever been in love?’ White nodded. Stieglitz replied, ‘then you can be a photographer.’ His encounters with other influential photographers such as Beaumont and Nancy Newhall, Ansel Adams or Edward Weston affirmed White’s innate disposition for emotional metaphor.

Emboldened, White would go on to create more than one-hundred sequences and portfolios during his lifetime, oscillating about love with varying degrees of emotion, philosophy and intellectual depth. ‘The camera,’ he affirmed‘, is first a means of self- discovery and a means of self-growth. The artist has one thing to say  himself.’ White’s images display a careful sense of design and execution. His exceptional skill produced an extraordinarily rich spectrum of blacks, whites and grays, while employing close-ups and cropping to express what couldn’t be shown.

In the mid-1940s, White began to articulate his philosophy about the significance of sequencing images. Initially influenced by Stieglitz, who had taught that the structured presentation of photographs could create a more compelling statement, White expanded this concept even further, musing about the value of spacing each photo and the meaning of the blank wall between each negative.

Yet, despite his confidence behind the camera, White still lived as an introvert. Forced to conceal his homosexuality out of fear of jeopardising his academic career, his work became both a refuge and outlet. Photography afforded him a realm where allusions to his true self were given room to flourish. His exploration of the male form much of which was confined to his private collection was imbued with abstract austerity and poetic mysticism that provides an anguished window into White’s soul.

Teaching gave voice to this internal struggle. His role as founding editor of the influential Aperture magazine, which was first published in in 1952, widened his audience even more. Working as its editor for two decades, Aperture provided a platform to espouse the ideas he held dearest; encouraging critical discussions and elevating photography as an art form in its own right. As a teacher, Minor experimented with a myriad of unorthodox approaches  even dallying with the occasional use of collective hypnosis. However, the objective remained the same: whittling away preconceived ideas about life and its meaning. On the surface, White appeared to countenance excellence in everyone he knew. Yet, posthumous readings of his imagery and writing reveal he was simply pushing himself and his students out of complacency.

With this exhibition of metaphors, Minor White’s lifelong ruminations about love, life, sexuality and suffering are laid bare. Often, they generated more questions than answers – but for White, posing successive questions helped to steer a journey that was framed by both knowing just as much as it was a flirtation with the unknown.

Liam Aldous is an author based in Madrid, Spain.

Carefully curated by María Millán, this exhibition includes 42 photographs which have been brought to Madrid from the United States. The selection includes a generous array on special loan from the Howard Greenberg gallery in New York, from the Michael Shapiro collection in Connecticut, as well as 7 photographs by Abe Franjndilich: Lives I never lived, a Portrait of Minor White.