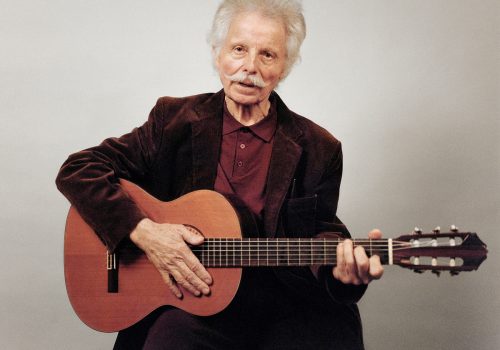 Each year, the CéTàVOIR association invites, as part of the ImageSingulières festival, a photographer in Sète for a residence. An immersion in the city from four to six weeks, where the selected artist has carte blanche to carry out work on the territory and its inhabitants. In 2020, French photographer Clémentine Schneidermann was chosen by the association.

Usually shown during ImageSingulières, the exhibition is postponed this year due to the exceptional health situation linked to the Covid-19 epidemic, which forced us to cancel the twelfth edition of the festival.

“Come, you whose eye sparkles”

This first line from La Légende de la nonne, which Victor Hugo composed in 1828 and which Georges Brassens recorded in 1956, is an injunction to which many photographers could subscribe who, in their own way, also address it to all those who look at their photos. images, and more generally to all those who are convinced that it is essential to see. It could therefore be a form of guide for Clémentine Schneidermann who, after twelve other photographers, immersed herself in the region of Sète, she went to meet people and characters, spaces and lights. Cats too. She did it with a spark in her eye which, as usual, knows how to avoid categories, practice a gentle and curious form of documentary that borders on fashion staging, but also sociology, even ethnology. , and which operates a tension which convinces us that the real – or what we consider as such – is an inexhaustible reserve of fictions.

Clémentine Schneidermann therefore traveled through Sète and the neighboring towns in sunny weather, but did not insist on the heat. She preferred to stay in half-tone, from all points of view, which allowed her to offer a comfortable flexibility of vision. She does not describe but takes us into ochre spaces whose angles are never too brutal and calmly await passers-by or welcome characters, because they become the decor. […]

Christian Caujolle curator of the exhibition

The residency is supported by the City of Sète, the DRAC Occitanie, the Occitanie / Pyrénées – Méditerranée Region, Sète Agglopôle Méditerranée, the Art, Culture and Heritage Endowment Fund and the Photon Laboratory

French photographer, Clémentine Schneidermann developed her first series in Wales, where she settled in 2012. Interested in the representation of popular circles in the United Kingdom, she collaborated with a Welsh artistic director and groups of children for over four years in the mining region of South Wales. These photographs, at the crossroads between documentary and fashion, seek to speak about these forgotten regions through fantastic images, well anchored in reality. Her work was recognized in 2016 with the Leica Oskar Barnack Newcomer Award, and she published her first monograph in 2018 “I Called her Lisa Marie” at Chose Commune editions. Her work has recently entered the collection of the Martin Parr Foundation in Bristol as well as the National Museum of Wales in Cardiff.

CHAPEL OF THE QUARTIER-HAUT (SÈTE)

To be ordered online and on sale at the MID boutique