MIA Photo Fair 2018: a vantage point for photography in Milan 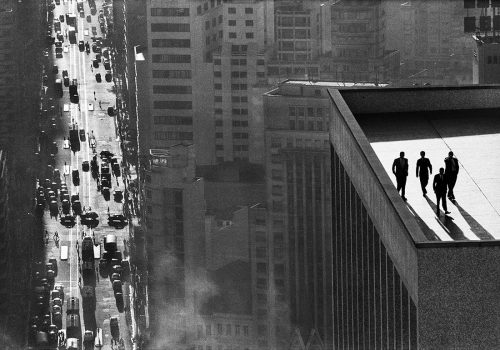 In its 8th edition, MIA Photo Fair 2018 is on at The Mall, in Milan. MIA is a now a traditional meeting for collectors, authors, galleries and enthusiasts and a vantage point to identify trends in photography. Opening March 9, this international art photography fair provides increasing numbers as the venue, located in the Porta Nuova district, hosts 130 exhibitors, including 90 galleries (37 from outside Italy, double last year’s figure). MIA Photo Fair is marked by new projects, such as its new coordinated image, commissioned to the South African artist Siwa Mgoboza (Cape Town, 1993), selected in partnership with Lagos Photo Festival.

Visitors should plan their visit, in order to get all the opportunities from the Fair, looking at photos, meeting photographers, curators and publishers, gallerists, attending meetings or getting involved in performances.

Projects on history of photography are planned, such as those presented by the Jörg Maaß Kunsthandel gallery in Berlin with Berenice Abbott or Helmut Newton, by Spazio Damiani in Bologna with Hiroshi Sugimoto or Joel Meyerovitz; by Contrasto Galleria in Milan with Mario Giacomelli, or Ferdinando Scianna, by Photo & Contemporary in Turin with Gabriele Basilico and Giovanni Gastel, by Suite59 in Amsterdam with André Villers and Edward Quinn, by Galerie Frederic Got in Paris with Annie Leibovitz and Harry Benson.

Among the awards presented at MIA Photo Fair, let’s mention the BNL Gruppo BNP Paribas Award to artists exhibiting alongside the galleries that represent them. Partner Eberhard &Co. has been supporting special projects at MIA Fair on the issue of archives since 2014 and now the first edition of the Open Archives Prize is bestowed upon the Archivio Carla Cerati.

Caffè Artistico Lavazza speaks through the images of the 2018 Calendar 2030: What Are You Doing?, on the 17 Sustainable Development Goals established by the United Nations to make our planet a more sustainable place by 2030. Proposta MIA is dedicated to independent photographers: among them, Graziella Vigo (with Portrait and Verdi on Stage, depicting performances of operas in the world’s greatest theatres), Beat Kuert and Edilio Livio Alpini.

As for the MIA Fair cultural program, it includes meetings about psychoanalysis and collecting, which are part of the new Art and Science format. Other events in this section deal with The collection for two sessions (interviews with couples of collectors) and Aestheticsand Culture. And a new look has been designed for the Publishing area, with international publishing houses, independent publishers and special bookshops.