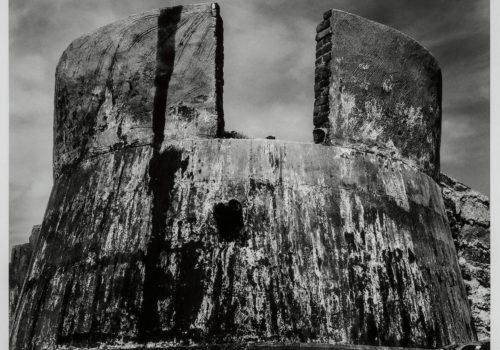 On August 6, 1965, exactly 20 years after the destruction of Hiroshima, Kawada Kikuji (born 1933) published his landmark photobook Chizu / The Map, a searing humanitarian statement about the profound effects of the nuclear bombings in Japan. Today, the Museum of Fine Arts, Boston (MFA), has announced the important acquisition of the book’s 87 photographic images as well as their negatives, Kawada’s binders containing contact sheets and personal notes, and a rare first-edition copy of the photobook itself.

“We are pleased that Kawada Kikuji has chosen the MFA as the primary home for this monumental work, which so directly relates to the social issues that are relevant to our current times,” said Matthew Teitelbaum, Ann and Graham Director. “With extraordinary collections of both Japanese art and photography, the MFA is in a unique position to tell the story of Japanese photographers, and I am proud of the cross-departmental efforts that led to this groundbreaking acquisition.”

Kawada is considered to be one of the most notable Japanese photographers of our time. He was one of the founders of the renowned and influential VIVO photography collective, established in Tokyo in 1959. Kawada first visited Hiroshima in 1958 and returned to the devastated city repeatedly over the next several years to create the series of photographs about the complex narrative of the atomic bombing and its aftermath. The photographs in Chizu / The Map explore not only the residual physical traces, but also the persistence of psychological effects. Among the images in the series are views of the swirled and ravaged stains on the skeletal remains of the Atomic Dome (the Hiroshima Prefectural Industrial Promotion Hall), which became an international symbol of the war’s toll on humanity; a crumpled, mud-stained Japanese flag; and discarded American Coca-Cola bottles and Lucky Strike cigarette packages. Through a mastery of metaphor, Kawada’s photographs raise questions not only about the identity and role of Japan through the course of World War II and afterward, but also the pervasive cultural disruption that was caused by the American Occupation of Japan. The images are eerily apocalyptic in tone and effect, asking viewers to contemplate the toll of nuclear war.

“My very early work, Chizu / The Map, had traveled down a winding path for nearly a half-century, when, in 2011, the Great Eastern Earthquake struck. A tsunami of an unprecedented magnitude marked a complex twist to a long catastrophe. In an ensuing exhibition at the MFA, entitled In the Wake, an incisive and intellectually luminous analysis of the incident was offered by curators Anne Nishimura Morse and Anne E. Havinga. In it, I detected a subtle voice that shepherded my Chizu / The Map into a new direction. I have ever since envisioned the MFA as the place where the images and history of Chizu / The Map may be retained and regenerated today and in the future,” said Kawada. “I am ever indebted and grateful to the MFA, its curators, and to everyone involved in this extraordinary endeavor.”

A key aspect of Japanese photography has long been the preeminence of the photography book format, commonly known as the “photobook.” In the 1960s, the photobook was the dominant format for Japanese photographers to introduce their work—with few galleries and collectors of unique photographic works in Japan, it offered artists the opportunity to show their images in large numbers and to circulate them widely.

In the making of the photobook Chizu / The Map, Kawada collaborated with the pioneering graphic designer Sugiura Kohei (born 1932), whose exquisite multilayered sequencing of the images forces the viewer to contemplate the bombing through stages, dwelling first on the atomic explosion and then on its long legacy. The cover of the box announces the goals of the volume not only with the title, but also with a line: “We are arrived in an age where we drift without courage, ambitions, deeds, nor even beautiful memories. Ask! Where is our map today, our vision, our radiant order?”

On the cover itself, Kawada’s individual verbal responses to the bombing appear in English and Japanese: keloid, rocket, energy, machine, secret, Enola Gay. The main text of the book was written by the Nobel Prize-winning author Oe Kenzaburo (born 1935). Inside, printed on a separate sheet, is a bilingual prose poem explaining the publication’s title. The first stanza reads:

…I saw a map close to my wounded eyes.
while it was nothing but a little piece of ground
stained with heavy oil, it really appeared
to me like a map of the world
full of violence in which I was to live thenceforth.

As a photobook, and as a collaboration among a photographer, writer and designer, Chizu / The Map has been cited by scholars as one of the most extraordinary and evocative of all time.

The newly acquired works join four others by Kawada already in the MFA’s collection, including a pair of folding screens made in 2017 that incorporated several of the Chizu / The Map images—showcasing the photographer’s ongoing practice of reinterpreting his earlier work. Photographs by Kawada were also featured in the MFA’s 2015 exhibition In the Wake: Japanese Photographers Respond to 3/11.