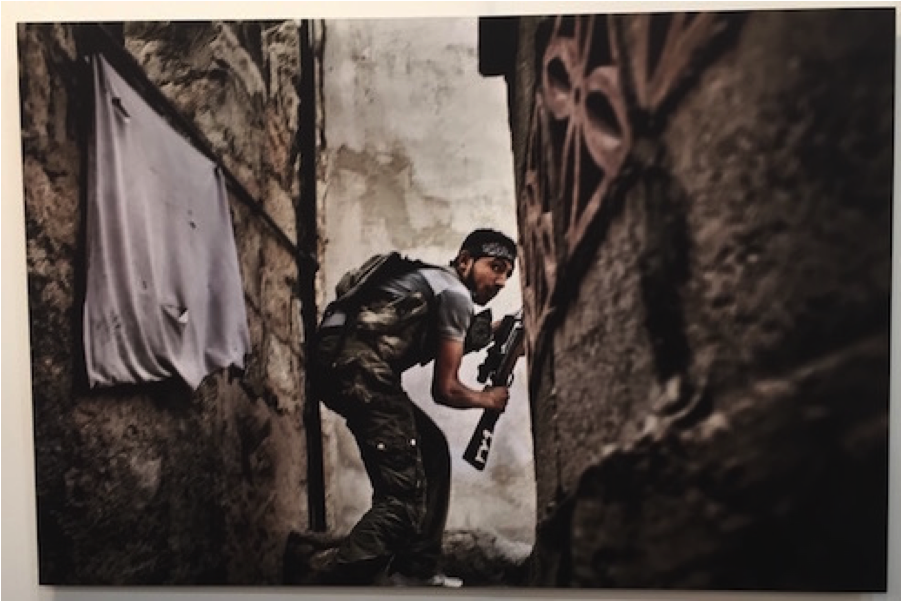 Last week Zona Maco was held in Mexico City, a contemporary art fair which now hosts a large section of independent photography.  The gallery owner and collector Paul Kopeikin, one of the largest on the west coast, attended this fair.  He held a journal, which you will find here.

I decided to head down to Zona Maco (Latin America’s premier International Art Fair) in Mexico City at the last minute having never been to the City and hearing that the fair was worth visiting, and perhaps, for this contemporary art dealer, worth doing sometime in the future. So with VIP status granted and joining my two collector friends, Paula and Cesar, on their annual pilgrimage, I am happy to report that Zona Maco and Mexico City is definitely worth the trip.

Although as of last year Zona Maco now has a separate fair devoted to photography, I dislike what amount to photography’s segregation and prefer fairs that integrate all mediums. While there is definitely a place for New York’s Photography Show (AIPAD) and Paris Photo, both of which show the vast range of photography being produced, the best artists work without consideration to medium. And the best collections include everything, even as they emphasize the primary interests of the individual collector.

Just the week before I had visited the much smaller and more regional Art Los Angeles Contemporary where I was surprised there was virtually no photo based art to be seen, and only one primarily photography dealer. So I was almost ready to declare the end of photography’s previously ubiquitous presence in the art world. But of course nothing has changed. Artists’ use of photography in various forms, from pure to barely recognizable is alive and well.

There were of course the usual suspects: John Baldessari, Vik Muniz, Cathy Opie, Wolfgang Tillman, Thomas Struth and Ruff, and a bunch of other names as recognizable as they are predictable, if not downright boring. Since most of the collectors considering this work are buying names and resale value, the actual quality matters little, and undoubtedly this was the work that sold best and for the highest prices. But with their wall labels removed, many of these images would seem to be competing for some “most boring” award.

Although I am thought of primarily as a photography dealer, which isn’t quite true, as a collector my interests are far more varied. Yet it’s often photo based work that catches my eye, and so with this readership in mind here is some of what I saw in and out of the fair…

I arrived in Mexico City in time to catch the opening of an artist who I represent, Alejandro Cartagena at Patricia Conde’s Gallery. Patricia is the Grand Dame of Photography in Mexico City and her gallery is one of the most beautiful in Mexico.