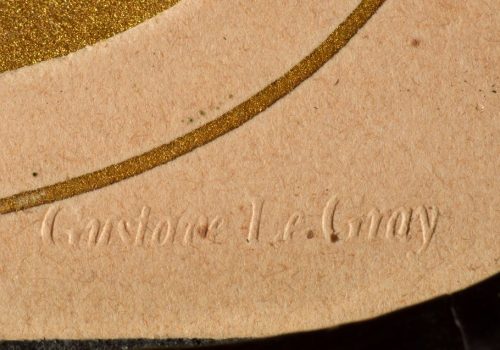 This column is to alert the photography community of an emerging epidemic of fraudulently attributed daguerreotypes that purport to be by Gustave Le Gray, Louis-Auguste Bisson, Th. Jacobi – and even by Louis Daguerre himself – which have appeared on the market over the past year. While the plates themselves are authentic 1840s or 1850s daguerreotypes, the artist “signatures,” credits, and labels appear to be recent additions. Four such “Daguerres”, four such “Le Grays”, two such “Bissons”, and two such “Jacobis” can be viewed in this Google document.

As seen from this document, each of these daguerreotypes is signed at least once, sometimes twice, either on the plate, on the cardboard mount, and/or on the backing paper. Additionally, some are embossed, either on the plate or on the mount. Extraneous elements, such as a lock of hair, or a red wax crown-design seal, are red herrings that add to the overall intrigue. Note also the “Académie des Sciences” handwritten label on some of the versos.

The original source of all these suspect daguerreotypes appears to be a couple of related eBay sellers in Germany (Hamburg or Berlin) and/or Poland, one of whom self-identifies as Hanna Zawadazka and another as Édyta Kielczewska. The provenance that “Hanna” provides is that they come from her father’s collection and were collected in the 1950s.

Swann Auction Galleries recently auctioned one of these “Le Grays” (see the fourth Le Gray example in the Google document) but the lot was immediately withdrawn and the transaction canceled once suspicions were aired. Swann also received a signed “Daguerre” at the same time, both originating from the same Polish source.

To understand the statistical improbability of such a photo market event, imagine a consignment of Old Master paintings containing both a previously unrecorded Jan Vermeer and a previously unrecorded Leonardo Da Vinci painting. This is a helpful analogy – except that signed Daguerres and signed Le Grays are actually even rarer than Vermeers and Leonardos. In particular, only two signed Daguerre portraits were known to exist prior to this “Polish collection.”

Thanks are due to Mike Robinson and Bruno Tartarin who questioned the physical attributes of individual plates, and especially to the long-time collector and dealer Frédéric Hoch for being the first to draw attention to the systematic nature of this fraud.

Members of the Daguerreian community who encounter more often such questionable plates are welcome to contact the Daguerreian Society at info@daguerre.org and include, if possible, detailed jpegs of the signatures, embossments, labels, etc., as well as any available information about provenance or source.

As an ongoing service to the photo community, the Daguerreian Society will maintain an on-line repository of such images on its website and will note this information on its Facebook page, in order to share this knowledge with collectors, dealers, and curators worldwide and to help prevent a future market in these falsely attributed plates.

Michael Mattis is an American photo collector. He works at Harvard University in Cambridge (USA).