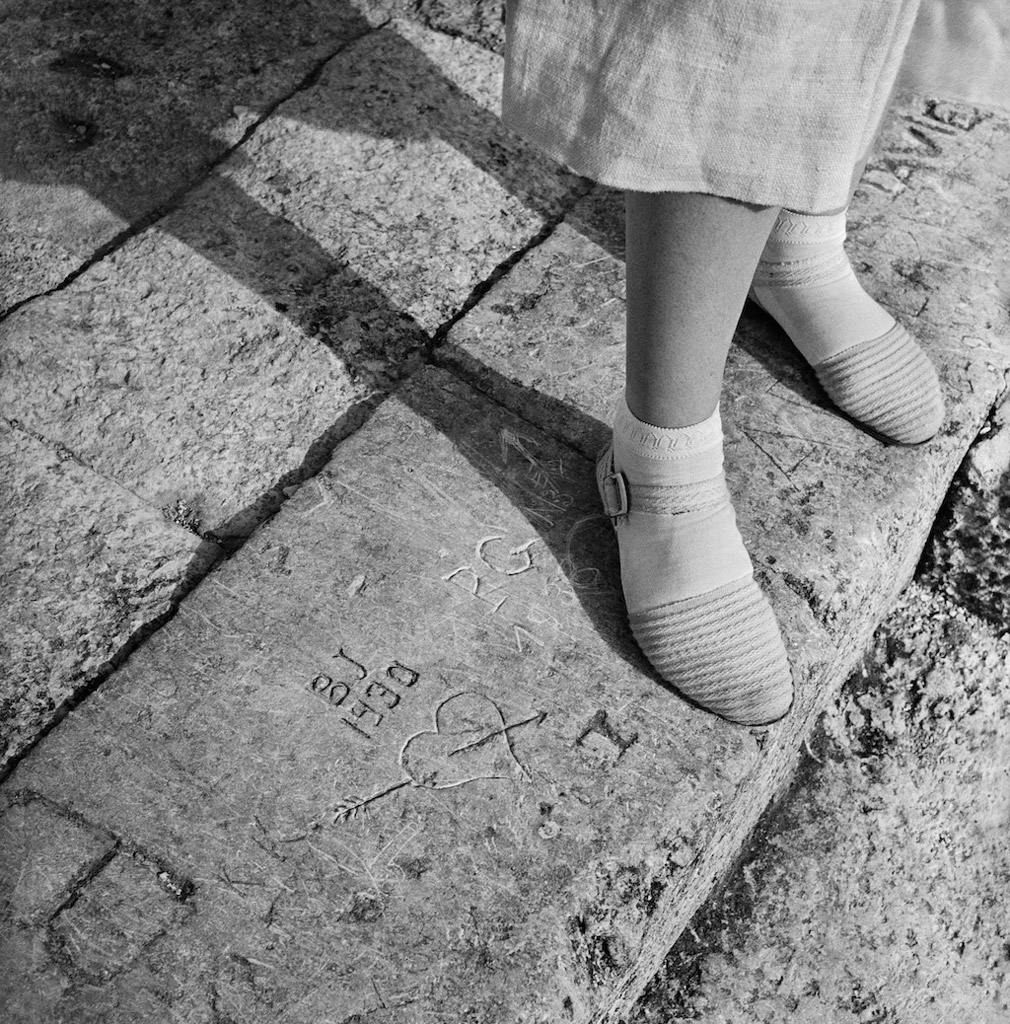 The Marcel Bovis exhibition 6×6 runs through April 26th at La Maison de la Photographie Robert Doisneau, located in the Parisian suburb of Gentilly. Co-curated by Michaël Houlette and Matthieu Rivallin, the exhibition pays tribute to this humanist photographer, who used the famous 6×6 Rolleiflex, with a series of prints made from original negatives in the collection of the Médiathèque de l’Architecture et du Patrimoine, to which Bovis donated his archives in 1991.

A first glance at the archives shows the predominance of a certain format in Bovis’s oeuvre, the 6×6, which counts for half of his black-and-white negatives—some 10,000 pictures—Bovis shot in the last thirty years of his career. Further analysis reveals a systematic use of the format’s properties and a sense of the “correct and definitive composition” . It is this essential vision and instinct that is on display here, and seeing the images in their initial framing gives insight into the photographer’s intentions and relationship with his subject. Some of the photographs have never appeared in their entirety, others not at all, to the chagrin of Bovis, whose work was widely exhibited and published, and who carefully prepared the photographs for posterity.

On August 18th, 1933, Bovis bought his first Rolleiflex 6×6, which he quickly saw was the ideal camera for him. “Armed with the Rolleiflex, I took a lot of pictures. I was free and could go where I pleased.” The Rolleiflex revolutionized photography by relying not on glass plates but 6×6 celluloid film, a format that Bovis helped popularize. The film reduced equipment to the bare necessities—the camera and a few rolls of film—while cutting down on preparation time and allowing the photographer to move and shoot more freely; starting in 1932, each roll of film held 12 exposures.