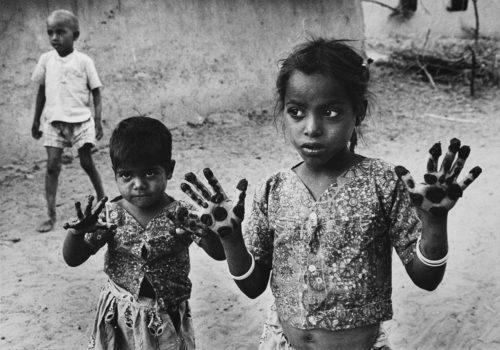 The first major survey of photographs by acclaimed Indian artist Jyoti Bhatt will be one of the inaugural exhibitions to open at MAP Museum of Art & Photography on February 18th, 2023. Housed in a new state-of-the-art building in Bangalore, also known as India’s ‘Silicon Valley’, MAP will be the first new museum to open in India in a decade.

Jyoti Bhatt (b. 1934), who is best known as a modernist printmaker and painter, began photographing rural Indian culture in the 1960s when he was invited by the educational trust Bharatiya Vidya Bhavan to document the folk traditions in the state of Gujarat, capturing the ways of life and craftsmanship that were at risk of vanishing.

Featuring more than 160 photographs as well as contact sheets and archival materials, Time and Time Again charts Bhatt’s photographic journey during the second half of the 20th century. Celebrating the breadth of his practice, the exhibition explores numerous bodies of work, including his documentation of rural communities, portraits of fellow artists and his experiments with multiple exposure and fragmented mirror images that allowed him a more abstract mode of expression. The regional traditions Bhatt photographed in Gujarat, such as body tattoos, haveli townhouses, painted temples and embroidery, will be included in the exhibition alongside his well-known photographs of rangoli artworks. The exhibition is curated by Nathaniel Gaskell, director of the MAP Academy.

Time and Time Again will be accompanied by a comprehensive and fully illustrated hardback monograph on Jyoti Bhatt, edited by Nathaniel Gaskell and published by MAP. The book includes essays by seminal names in the history of Indian art, including Geeta Kapur, Jyotindra Jain, Annapurna Garimella, Nilimia Sheikh, along with texts by Hal Foster and Laszlo Moholy-Nagy.

Jyoti Bhatt, whose full name is Jyotindra Manshankar Bhatt, was born in 1934 in Bhavnagar, Gujarat. He studied painting and printmaking at M. S. University in Baroda. In the early 1960s he went on to study at the Academia di Belle Arti in Naples, Italy, and the Pratt Institute in New York. He is one of the founding members of the Center of Photography, Baroda and a founding member of the Baroda Group of Artists. Bhatt was honoured with the Padma Shri in 2019 and elected as a Fellow of the Lalit Kala Akademi in 2022. His work is in numerous international collections, including the Museum of Modern Art, the Smithsonian Institution and the British Museum. He lives and works in Baroda.