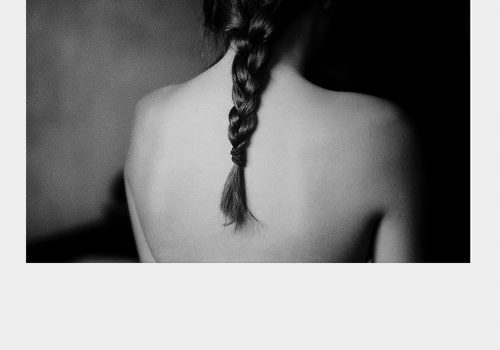 These photos are from my ongoing project “Things I stole”, dedicated to a painful new dating strategy commonly known as “ghosting”. Ghosting is generally defined as breaking up with someone by ignoring this person, avoiding any kind of contact in real life. It means that someone suddenly disappears from another person’s life without any explanation; no contact is made at all, calls or messages are ignored, in short, no sign of life is given. It doesn’t only happen after meeting in person, it can happen at any stage of the dating process, even after exchanging only a few messages. Many people around me have been on the receiving end of this practice, in some cases more than once.

Usually, the rationale behind the decision to engage in ghosting is the assumption that this is the easiest and least painful way to deal with the situation at hand. Many people make themselves believe that it is easier to be ignored, than to be told by another person that he or she has no desire to continue dating. Instead of heartbreaking and potentially humiliating arguments and explanations, the “victim” is left with the clearest of all possible hints: this person ignores you, what could this possibly mean except for one thing? Moreover, this is a win-win situation, since the “ghoster” is also spared the nuisance of having to deal with dramatic scenes.

In reality it doesn’t work this way. Very often, people who are ghosted feel sad and confused for a long time. Actually, they tend to suffer from these negative emotions for much longer than they would have, had they known for sure what is going on and what to deal with.

“Ghosting” as a term is rapidly becoming a staple of dating related vocabulary, as the phenomenon is becoming increasingly common among users of online dating sites and applications. It has become, so to say, a new trend in online dating.

Because of the specific character of the virtual world, we sometimes forget that behind all those profiles there are real people, with real feelings and no “delete” button. One doesn’t need to be a heartless person to be a “ghoster”. The virtual environment makes it so easy, that sometimes we just do it.

With this project I wanted to illustrate the difference in character between the physical and the virtual space, as well as how and where the two meet. I paired the photos with different usernames, which, although fictional, I believe are representative of those commonly used in online dating spaces. In the photos I captured people naked, which to me represents the most vulnerable, real and delicate state of being. Through this combination I tried to show how physical reality can disappear into virtual reality and vice versa, how subtle and delicate the act of moving between the real and the virtual world can be, what radically divergent appearances one and the same person can take on in physical and virtual spaces.