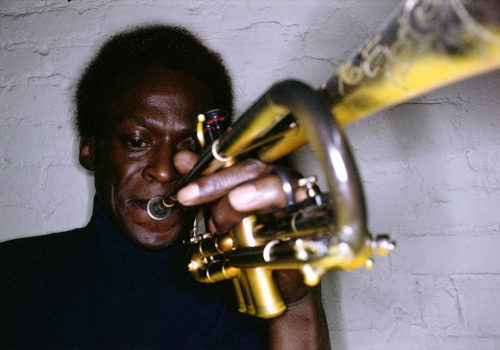 Luhring Augustine presents American Musicians, a solo exhibition of works by Lee Friedlander. Opening in our Tribeca location on June 9th, this show marks the gallery’s second with the artist and will highlight a selection of Friedlander’s iconic images of American musicians. Featuring notable jazz, country, and blues artists, the photographs trace the history of post-war American music across four decades, from the 1950s to the early 1980s.

In the 1950s Friedlander began photographing jazz musicians in Los Angeles, and from there his deep interest in music led him to become a house-photographer for Atlantic Records in New York. Over the course of the next few decades, in his capacity with Atlantic as well as working independently, he documented some of America’s greatest musicians, artists such as John Coltrane, Billie Holiday, Ella Fitzgerald, Miles Davis, Ornette Coleman, Ray Charles, Louis Armstrong, Aretha Franklin, Johnny Cash, and many others. The photographs show the musicians in all aspects of their lives and work: recording in the studio, performing, on tour, as well as more intimate behind-the-scenes images and portraits.

Friedlander’s photographs capture some of the most memorable moments of American musical artistry, and many of the images would later grace the covers of countless notable albums by these artists. In 1998 D.A.P. published American Musicians, a monograph that presents the portfolio in its entirety.

Evident throughout the American Musicians series is Friedlander’s interest in the American social landscape as well as his signature approach to image-making. His surprising off-kilter angles and dense, multilayered compositions create unusual and dynamic juxtapositions in which personal and cultural ephemera comingle, and dramatic shadows or objects encircle figures. A 1956 image catches a sliver of golden light as it illuminates a crescent of Sarah Vaughn’s upturned face in an otherwise surrounding darkness. In another work from 1956, an extraordinary moment is captured when Louis Armstrong’s trumpet underlines the word “Voice” in a banner that extends behind him. A 1982 photograph of Allan Jaffe depicts the tubist tightly surrounded by his instrument and a collection of various memorabilia. Portraying his subjects with a deep reverence, sincerity, precision, and at times, sly humor, Friedlander celebrates these great figures and their significant influence on American culture.

Lee Friedlander, born in 1934, began photographing the American social landscape in 1948. With an ability to organize a vast amount of visual material in dynamic compositions, he has made humorous and poignant images among the chaos of city life, dense natural landscape, and countless other subjects. Friedlander is also recognized for a group of self- portraits he began in the 1960s, reproduced in Self Portrait (1970, an exploration that he turned to again in the late 1990s, and published in a monograph by Fraenkel Gallery in 2000. Friedlander’s work is held by major collections including Art Institute of Chicago; George Eastman Museum, Rochester, NY; The Metropolitan Museum of Art, New York; The Museum of Modern Art, New York; The National Gallery of Art, Washington D.C.; San Francisco Museum of Art; the Whitney Museum of American Art, New York, among many others.