Lucas Samaras : Me, Myself and… 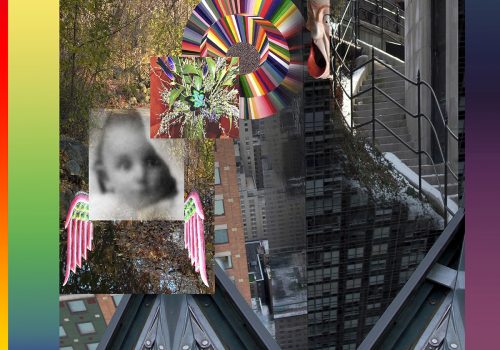 Pace Gallery presents an exhibition of more than seventy new works by Lucas Samaras, marking the artist’s thirty-fifth solo exhibition atPace since joining the gallery in 1965. In his new body of work, Samaras appropriates and transforms imagery from his personal archive of family photos using commercial software, producing alternately haunting and humorous compositions that meditate on the role of mythology, mortality and fantasy in our inner lives. Samaras’s exhibition of recent photographic works will be presented alongside a selection of his pioneering sculptural objects from the 1960s and 1970s, as well as iconic works from later decades, and isaccompanied by a catalogue containing a new text by the artist.

For more than six decades, Samaras has engaged in a provocative and influential investigation into the nature of selfhood. His newworks derive in large part from black-and-white family photographs dating from his childhood in Greece in the 1940s, during the time ofthe Greek Civil War, as well as from later decades of his life. Together, these personal photographs track Samaras’s own historyalongside the evolution of his protean body of work, continuing a longstanding investigation into the expanded field of self-portraiture.

Samaras’s recent works use and mis-use digital imaging techniques in ways that parallel his engagement with photography in thegroundbreaking Auto-Polaroids and Photo-Transformations series of the late 1960s and 1970s. Scratching, incising or otherwise manipulating the photographic inks of images taken with an early Polaroid camera, Samaras introduced expressionist interventionsinto their mechanically produced surfaces, resisting the ostensible objectivity of the technological medium. In his new works, Samaras’s “hand” remains visible in the form of standardized Photoshop effects. Typically intended to disappear in the final image, Samaras instead allows these photo-editing effects to become a central subject of the work, producing a new language of abstraction derived from the visual artifacts of unabashedly computer-generated manipulations. These abstract forms contrast in striking and enigmatic ways with the archival photographs with which they are interwoven, framing, blurring, overlapping and transforming their figurative content.

Set in his apartment, studio and in the streets and parks of New York City, Samaras’s new works investigate how a self can persist acrosstime by means of the images that document its changing appearance. At times evoking a mythic pastoralism, the works digitally insertSamaras into various banal urban settings: in one instance, he is seen standing at his window, staring broodingly at what appears to be a swarm of digitally-generated birds hovering over the cityscape; elsewhere, his naked body lounges comically in a woody grove accompanied by an avian companion, loosely evoking Manet’s Le Déjeuner sur l’herbe. Whether set in the lobby of his high-riseapartment building or the picturesque landscape of nearby Central Park, Samaras’s new works imbue the everyday spaces of the city with an oneiric and often menacing quality. Reflecting the artist’s continued interest in how fantasy, imagination andinteriority inflect our sense of the passage of time—both personal and collective—the works point to the performative labor through whichwe produce the fiction of a unified, stable and coherent “self.”

Lucas Samaras (b. 1936, Kastoria, Macedonia, Greece) has produced an expansive body of work across media and discipline—including photography, painting, installation, assemblage, drawing, and sculpture—united by a focus on the body and psyche, and often emphasizing autobiography. A student of Allan Kaprow, Samaras emerged as a key figure inthe Happenings of the late 1950s and early 1960s, collaborating with Robert Whitman and Claes Oldenburg and participating in Kaprow’s seminal 18 Happenings in 6 Parts in 1959. Underpinned by themes of self-depiction and identity, Samaras’s practiceproposed a radical departure from the presiding ideas of Abstract Expressionism and Pop art during the 1960s. Samaras is recognized as avanguard figure in assemblage, producing reliefs and boxes comprised of elements from his immediate surroundings in a turn away fromtraditional art media, reflective of the blurring of art and life. He is also acknowledged for his innovative use of photographic media; in 1969, he began using a Polaroid camera to create portraits and images, and altered these images through collage, with the addition ofhand-applied ink, or, in the mid-1970s, by manipulating the wet emulsion of the film. An extension of his early experimentation, he later adopted a Leica digital camera and began using Photoshop to digitally alter his images.

Lucas Samaras : Me, Myself and…