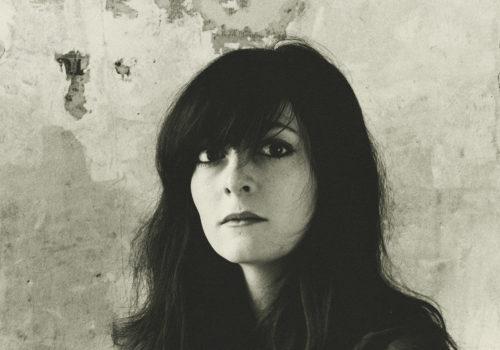 “We met in 2004, in the subway. I approached you with the desire to photograph you. At first you were my role model, over time we became friends. Photography has this magnificent power to fix time, space, people. But books even more so. Because your life, your face and your beauty were horribly torn from the world on November 13, 2015, this book needs to be.”

Six years after the Bataclan attack, Estelle Lagarde offers a book in memory of her friend and model, Hélène Muyal Leiris published by Arnaud Bizalion Editeur. Those who follow the photographer’s work already know Hélène’s face, since a portrait of the model was on the cover of her previous book L’auberge. In this new book, in memoriam, Estelle Lagarde recounts in texts and photos their meeting from the moment she approached this stranger, one day, in the subway, fascinated by her personality, then their photographic collaboration, until this last image where she had become her friend. Hélène is the book of this testimony.

Estelle Lagarde was born in 1973, in Châtenay-Malabry (Hauts-de-Seine). She lives and works in Paris.

She graduated in architecture in 2000, in Paris and decided that same year to engage in a personal photographic approach.

In 2004, her visits to homes at the end of their life announced the beginning of her encounter with the history of buildings. After a period of producing black and white images, she turned to color photography, with the series “Inner Women”. The work of Estelle Lagarde evolves over her encounters with places – most often atypical – which inspire her various creations. From “Lady of Dreams” to “Wild Tales”, from “Hospital” to “Maison d’Arrêt”, it is through feeling of strangeness and the dreaminess that she seems to want to look at and experience the world. which surrounds her. In 2006, Estelle began to present her work at exhibitions and fairs, and had her first publications in the press. Eelle publishes The Unexpected Crossing with Éditions La cause des livres, a journal of texts and photographs recounting a life experience, breast cancer.

In 2015, she published the series L’auberge, published by La Manufacture de l’image. The series “De anima lapidum” was presented during the summer of 2017 at the royal monastery of Brou of Bourg-en-Bresse, network of the Center of National Monuments and in Paris in 2019 at the Hôtel de Sauroy-Espace Photographique.