Italy by Magnum , from Henri Cartier-Bresson to Paolo Pellegrin 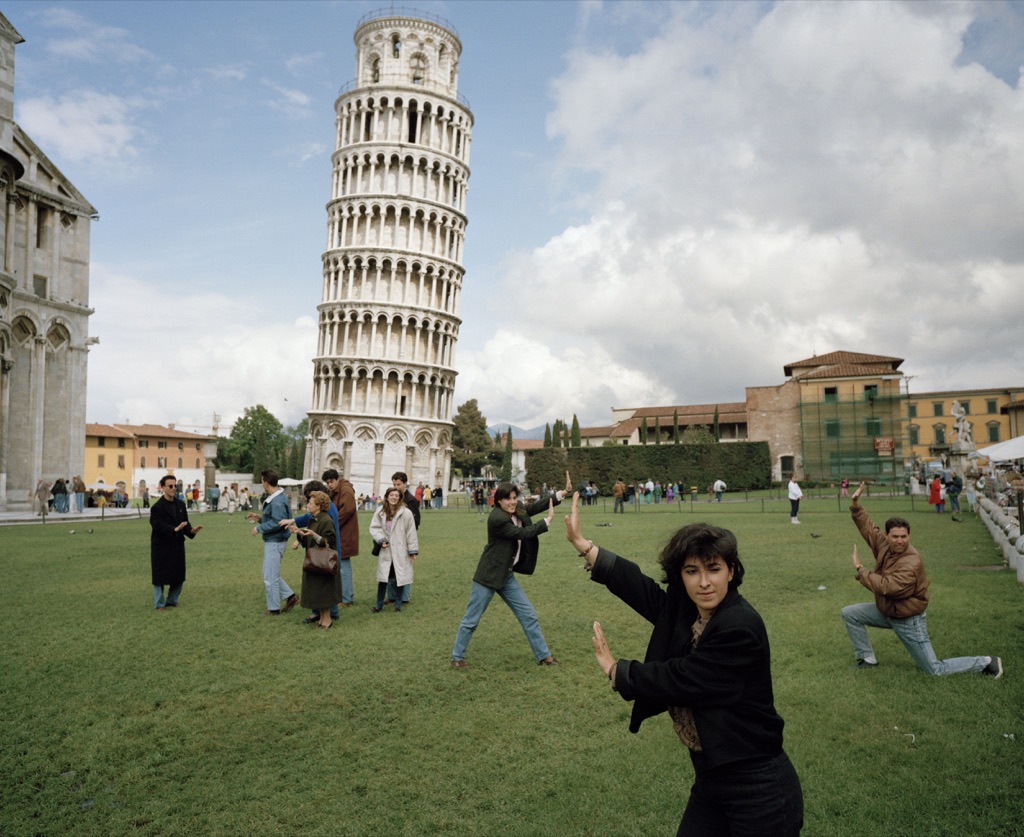 For L’Italia di Magnum. Da Henri Cartier-Bresson a Paolo Pellegrin, an exhibition currently on view at CAMERA – Centro Italiano per la Fotografia, in Torino, twenty photographers have been called upon to recount events, great and small, through Italian figures and localities from the post-war years right up to the present day, in a blend of famous and less familiar photographs, of places known throughout the world and of ordinary citizens who make up the social and visual fabric of Italia.

Opening with a homage to Henri Cartier-Bresson and his journey through Italy in the 1930s, the exhibition then presents two series: one by Robert Capa, focusing on the end of WWII, showing a country in ruins, destroyed by five years of conflict. And one by David Seymour, who instead in 1947 photographed the tourists returning to visit the Sistine Chapel: the eternal beauty of Italian art shown as the sign of the rebirth of an entire nation.

The display, broken down by decade, then continues with imagery by Elliott Erwitt, René Burri and Herbert List: the first describes Rome, with all its beauty and contradictions, through the affectionately ironic gaze for which he became famous. The second takes us into the historic Picasso exhibition held in 1953 in Milan: an unforgettable event for Italian culture, coming face to face once more with the living legends of contemporaneity. Lastly, the third offers a series of amazing shots that take the onlooker right into Cinecittà, to the early years of that Hollywood on the Tiber which was to grant Italy much recognition over the decade to come.

And that decade is recounted in the exhibition by three perhaps lesser-known figures yet not for this reason any less interesting in the history of photography and of Magnum: Thomas Hoepker, with three images of the triumph of Cassius Clay (later Mohamed Ali) at the Olympics in Rome in 1960; Bruno Barbey, documenting the funeral of Togliatti, a key figure in Italian politics , and one much loved by the people, whatever judgement he was to receive from history; and Erich Lessing, whose shoot takes us right back to the days of the economic boom, featuring a series of images on the beach of Cesenatico, with all its rituals and legends.

The climate changed in the 1970s, and Ferdinando Scianna depicts the passage around the turn of the decade through the images of a Sicily which is forever the same and yet always changing. Leonard Freed portrays fragments of the historic referendum on divorce which was to change Italian society for good, while Raymond Depardon presents one of his most hard-hitting series, that on lunatic asylums, produced around the time the Basaglia Law was passed: a law which foresaw their closure, marking another great step forward in Italian society.