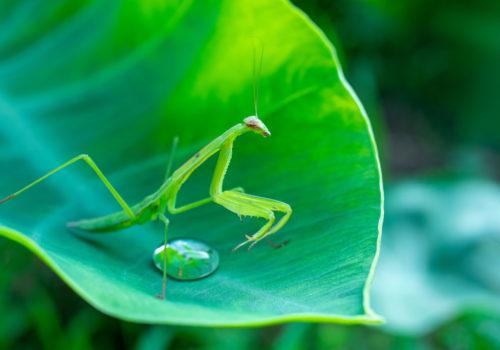 There are sometimes surprising moments like the one yesterday when we received these images from Yutaka Takahashi : Mantis Religiosa.
This exhibition is presented by Helio as part of lille3000/Utopia. Cultural event whose theme is the relationship between the living and nature.
It is visible until August 13, 2022 at the Nadar gallery of the André Malraux media library in Tourcoing.
It is accompanied by this amazing text from the photographer :

I am Yutaka Takahashi, and I am a photographer. I live with my wife, my daughter and my lively twin sons. I am a firefighter and emergency medical technician, fighting fires and giving emergency medical help.
Most of my pictures are taken and printed during my days off and I mostly photograph praying mantis, as well as my town and the surrounding  nature, my family too. My job is to save lives but, when I take pictures, I rarely interfere in the subject or the scene I photographed.
It is because I intensely feel, from the bottom of my heart, the nature of the praying mantis, that I can foresee, feel the image I am going to photograph. Praying mantis is a special model.

To be honest, I don’t really know myself.
From childhood I have been in love with living creatures. And then, even saying that, I cannot recall any interest for praying mantis at the time.
When I say praying mantis, this is the female Mantis, the male-eater, which comes to my mind, and it is possible that I have never considered praying mantis as evil creatures.
Since my beginnings as a photographer, I have taken countless photos of praying mantis, at first in a probably rather vague way. The turning point happened about five years ago, at this season when one shivers when not wearing a thick jacket over a long-sleeve shirt.
One early morning, the world was covered with dew.
A female praying mantis was on the wall outside the house.
I thought “Here is a great subject!“.
And immediately, the camera perfectly captured the insect’s compound eyes.
When I think about it now, I wonder if I had really met its eyes.
Nevertheless, probably fascinated by the strength of the Mantis’ gaze, I had unconsciously pressed the shutter (button).
And from that moment, I was madly in love with praying mantis.
Looking for it and finding it have filled many days with happiness.
This went on for about two weeks until, one morning, the world was covered with a white morning frost.
I looked for her, half resigned, thinking that her life had ended.
On the sunny wall… no one.
Under the canopy… no one.
In the flowerpot by the entrance… She was there.
But her movements were very slow, it was obvious that she wouldn’t live long.
That day, as the sun was going down, she passed away and her legs never moved again.
Why? Why do I take picture of praying mantis?
Really, I don’t have a clear answer.
Simply, seeing this feared creature fighting for life, I couldn’t help liking it, and I wish more people would see it as I do when they come to life, at their arrival in this world…
The ootheca, a kind of cosy cradle, left by praying mantis, keep their colour even when exposed to cold winds.
I am there breathing in the cold icy atmosphere, impatiently waiting for the return of the sun and new sprouts.
And I pray for the birth of new lives, wrapped in their mother’s gentleness but exposed to the harshness of nature.