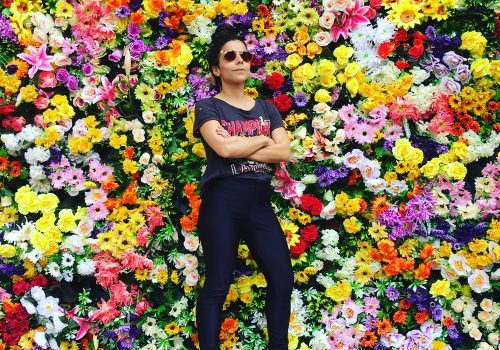 The project #Lisbonstreetfashion is based on ’Self-Fashion Show’, a short film made by the Hungarian artist Tibor Hajas (1946–1980) at the Balázs Béla Studio in 1976, takes as its subject a busy Budapest street and especially the passersby on it. Hajas asks them to stand in front of the camera and pose in front of it silently. For part of the film, this happens right in the midst of pedestrian traffic, so that as viewers, we are aware of our own gaze as we see other people on the street observe the proceedings with emotions ranging from suspicion to indifference and bemusement. At the same time, the sound track of the film consists of directions and comments that a to be directed at the people posing but were, in fact, recorded separately by Hajas in the studio (much like the dialogues in Tamas St. Auby’s Centaur). Some remarks are reassuring or neutral, whereas others are intimidating and suggest an interrogation, for example, “You aren’t forced to say anything that you’d feel sorry for later on.” The voices seem to represent either the subjects’ imagined internal monologue or, perhaps more likely, given Hajas’ history of run-ins with Communist authorities, external voices of authority of which, the film suggest, the subjects are aware at all times.

The other source to my work was Wim Wenders’ Lisbon Story, where the sound engineer is left alone in Lisbon without other crew members of the film and thus starts to record sounds and images from, about Lisbon alone.

These two were the basis of my project; I was walking on the streets of Lisbon, watching the people, listening to them, sometimes following them, then ultimately approaching them and asking if we could speak and photograph. I gave them very simple instructions, I used my IPhone for simplicity and I posted 2 photos every day on my Instagram account (#dazzlefergusson) with hashtag lisbonstreetfashion. The whole project was about enjoying the people, enjoying the city, enjoying people in the city. My models also got the images, they commented and liked them on my account.