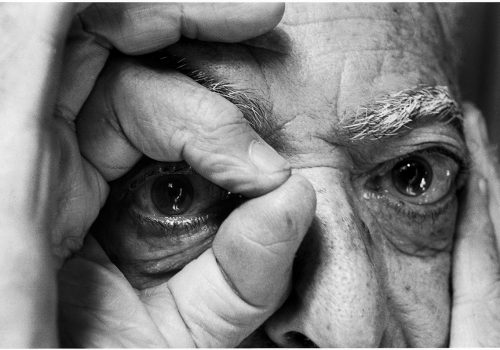 Atlas Gallery presents LIFE: Selected Prints from the LIFE Magazine Collection (1936-2000), an exhibition of photographs commemorating the first American all-photographic news magazine. LIFE’s photographers documented many of the most significant and memorable events, people, and places in modern history. The exhibition will showcase the work of stellar names associated with the magazine, such as Margaret Bourke-White, Alfred Eisenstaedt, John Dominis, John Loengard, Nina Leen, J.R. Eyerman, Andreas Feininger, and Joe Rosenthal, whose professional engagement in the events of the 20th century led to an epic form of photojournalism that captured both momentous and intimate moments with unparalleled perception.

From 1936 to 2000, LIFE Magazine commissioned more than 120,000 stories and 10 million photographs. LIFE aimed to produce “big pictures, beautiful pictures, exciting pictures, pictures from all over the world, pictures of interesting people and lots of babies” (LIFE proprietor, Henry Luce).

The range of subject matter comprised everything that constituted ‘life’: the day-to-day became heroic, while the glory of celebrity life and horror of war were brought to the public’s front doorstep.

Atlas Gallery displays a selection of work that mirrors the diversity of the LIFE Collection. The exhibition takes the viewer from the nomination of Senator John F. Kennedy (1960), the Buchenwald prisoners in Germany (1945), the construction of Fort Peck Dam (1936), and the jubilation of VJ Day (1945), to the feet of Gandhi spinning thread in India (1946), Frank Sinatra’s restaurant table in Miami, and the Beatles revelling in a pool in Miami Beach.

The exhibition will not only explore the variety of LIFE’s subject matter but also give the viewer a window into the different styles of the photographers. The work of Russian-American photographer Nina Leen, well known for her animal portraits and contemplative approach to gender and women’s issues, has an unsettling and surreal quality, while Alfred Eisenstaedt’s flexibility with his handheld Leica led him to capture public spontaneity and impulsive actions (VJ Day celebration kiss) and gestures (Churchill’s peace sign) that are now iconic.

John Loengard produced arresting images that captured the spirit of his subjects and this can be seen in his image of photographer Henri Cartier Bresson running through a field flying a kite – a rare moment of childlike freedom for the famously cerebral artist.

Another contributor, Andreas Feininger, emphasised modern aesthetic principles, building on the ideals of design through his association with Le Corbusier and Bauhaus.

Feininger’s celebrated image, The Photojournalist, first appeared in the June 1955 issue of LIFE and now has become one of the most recognisable images associated with the magazine. The man in the image, a young army veteran and photographer, Dennis Stock (1928-2010) later went on to become one of the most celebrated photographers of his generation. Feininger’s Photojournalist was part of a series in which he explored creating stylised portraits of men and the instruments they used at work. Feininger’s approach created a sense of uncanniness; the handheld mechanisms being amalgamated visually with the bodies of the men themselves.

LIFE was more than just a record of history; it was a herald for the 21st century. From LIFE’s very first cover image of Margaret Bourke-White’s Fort Peck Dam (1936), the largest earth-filled dam in Montana and the quintessential representation of the power of the machine age, the magazine heralded the kind of political and technological industry that is now characteristic of our contemporary world.