Les Filles du Calvaire : Kourtney Roy : The Other End of the Rainbow 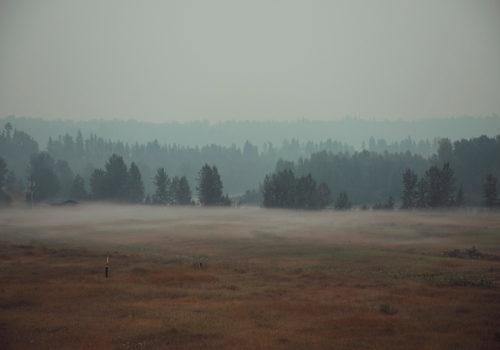 Galerie Les Filles du Calvaire presents The Other End of the Rainbow, a solo exhibition by Canadian artist Kourtney Roy.

The photographer recognized for the creativity of her fictional worlds, tackles a serious subject with this work: for more than forty years, along Highway 16, a road in northern British Columbia, women and young girls have been disappearing for the most part from First Nations.

From October 2017 to September 2019, Roy visited the region five times and traveled anonymously on this 720 km long stretch sadly called the Road of Tears.

“During my travels, I have met and interacted with many admirable people who have been directly affected by the violence on this route. Despite the tragedies they had to endure, they allowed me to inter into their life with confidence and sincerity, ready to entrust their story to me. I regularly spent a lot of time with them, without necessarily taking pictures, sharing their daily activities and adventures. Their stories helped to better understand the obstacles they had to overcome in their lives. Their knowledge of large forests, roads and infrastructure of the region was essential for me to find and photograph places linked to the tragedies, of which the ordinary traveler is not aware.

I was intrigued by how the architecture of this particular road has been influenced by its dark history and chronic violence. How to give meaning to an insignificant place? How the banal architecture that borders this road and the people who circulate there in complete anonymity can be binded to create an atmosphere that is both ordinary and harmful. In a region still struggling with a dark colonialist past, the national road network has promoted decentralization, brought functionality and speed, anonymity, isolation, poverty and violence.

The banality of the places I have photographed suggests the presence of sinister events as much as it conceals it. Their down-to-earth aspect is magnified by the dark past of this highway, which adds a note of dread to these supposedly neutral landscapes. I wanted to offer a composite image of a complex but extraordinary place. Genius loci, or “genius of place”, to put it simply, is that quality or “spirit” that gives meaning to a particular place, a city, a clearing, a region or a road.

In this sense, Highway 16 does not simply drive to a destination; it is a destination, imbued with a singular sense of history and a presence through the repeated atrocities committed along its length.” -Kourtney Roy

The exhibition presents an excerpt from this narrative through the image of a news item that is rooted in violence, misogyny and systemic racism. This project, an artistic and documentary hybrid, is presented as a whole in a book published by André Frère.