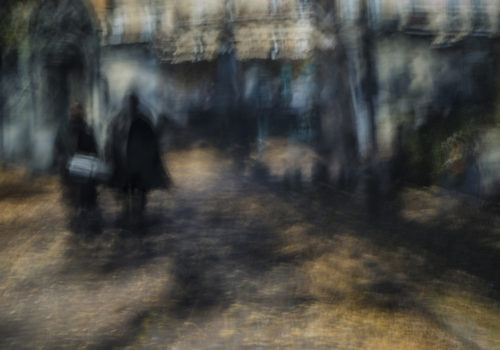 Jardin des Tuileries, Sacré Cœur, Montmartre….: A spiritual journey around the trees of the French capital.

Les Arbres de Paris (The Trees of Paris) is a photographic exhibition by Singaporean artist Melisa Teo at the Yellow Crane Tower’s Museum of Art in Wuhan, China, from April 29th to May 22nd. The solo exhibition featuring over 54 photographs is part of the Croisements Festival 2022 organised by the Embassy of France in China, the Consulate General of France in Wuhan and the French Institute of China. The photographer, who is based in France, focuses her lens on the magnificent trees in the parks and gardens of Paris like a blurry dream, seeking to unveil the spiritual and sacred bond that unites man with nature. As Melisa says: “We cannot see the invisible, but we can photograph it”. Thus, she photographs the silence (of trees) as she tries to show us the liveliest but quietest beings that inhabit the bustling French capital, from the Parc des Buttes Chaumont to the Quai Voltaire via the Jardin des Tuileries, the Square Louise Michel, the Jardin des Plantes or the Sacré Cœur.

Melisa Teo
A Singaporean living in Paris, Melisa Teo was born in 1975. She considers her camera her “third eye”, an eye which is guided by intuition to perceive a reality that eludes the naked eye. For her, the camera is a transmitter and translator of light’s messages and photography, a doorway bordering visible and invisible worlds. Since 2008, she has been travelling through spiritual worlds in pursuit of the sacred. Her work has been documented in a number of books including Light From Within and Dark Light, which features contrasting viewpoints on religious subjects with the late French-Iranian photographer Abbas, and was exhibited in Singapore, Paris and Myanmar.