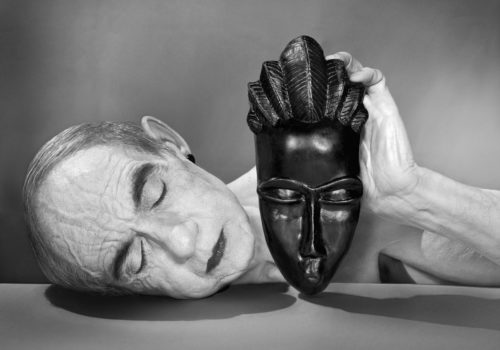 The Château d’Eau has a history and, founded and opened by Jean Dieuzaide in 1974, it is inscribed in the history of photography as the first place exclusively dedicated to the exhibition of photographic prints in France. Even if the situation of photography, its perception, the way of showing it have radically changed over the last half-century, we must not forget this historical dimension and embrace it. But this should not be in contradiction – on the contrary … – with the need to be attentive and to show photography being made and transformed in the 21st century. This is one of the challenges of programming.

By asking Catherine Balet to open the ball, we want to summon, with lightness, this relationship to history, to take note of the fact that, contrary to what was the case in the past, today’s photographers are fine connoisseurs of the history of photography and the history of art, who are cultivated, even learned, but who know how to take the necessary distance from the humanities to rejoice us in their gaze, their inventions and their jokes. Catherine Balet – even if this is only a part of her work, much richer – obviously delights in playing with the icons of photography and in recreating them today in dialogue and complicity. of the extraordinary actor, now in his eighties, who is Ricardo Martinez Paz. From the origins until today (and even tomorrow), this twinkling, amused and amusing story of the former film image, today mainly digital is also a dive into aesthetics, in a chronology of gaze and a reflection, more serious than it seems on the issues of figuration.

It is a playful form of education, which I hope will give pleasure, lightness and balm to the heart in a time that needs it.

“As I moved forward with the project, I realized that there was a story about portrait photography being written. Begun with 20 images, it turned into a series of 120 photos. “ Catherine Ballet

Catherine Balet pays tribute to the great masters of photography with her model Ricardo Martinez Paz, which she stages by replaying with him famous shots from the history of the discipline.

Initiated in 2013 at the Rencontres d’Arles, this series is the result of a collaboration between photographer Catherine Balet and her very charismatic friend from Argentina, 74 at the time, a stylist by trade who never goes anywhere without his pair of golden shoes.

Traveling through 180 years of photographic history, Catherine and Ricardo revisit the iconic shots of photography. With the primary intention of saluting the memory of great photographers, they shed new light on it, filled with emotion or humor.

The obsession which pushed Catherine Balet to rephotograph these masterpieces can be explained by a fundamental reflection on the place of photography in our modern society, at a time when the circulation of images has accelerated. : “This awakened in me the desire to find in the masters the essence of photography and what made a photo become iconic. In the profusion of images and the constant flux of the digital age, how can new images become part of the collective memory? “

The artist wanted to ask herself these questions and slow down the time of this flow of images, to analyze, observe, reflect on the birth of each work and ask herself at the end of his series, who will be the masters of tomorrow.

Catherine Balet, born in 1959, graduated from the National School of Fine Arts in Paris. She began her artistic career as a painter before switching to photography in the early 2000s. Her photographic work then took on a sociological dimension.

His first book of portraits of adolescents “Identity”, published by Steidl, as well as her series “Strangers in the Light”, inspired by the impact of digital technology in society, anchor her work in contemporary reality.

From 2013 to 2016, Catherine Balet worked on “Looking for the Masters in Ricardo’s Golden Shoes” (Published by Dewi Lewis) paying a vibrant tribute to the masters of photography.

With “Moods in a Room” (Ed.Dewi Lewis), Catherine Balet continues her approach by reinvesting the technical transformations of the photographic medium and wonders about the border that separates painting from photography.

Catherine Balet is represented by the Galerie Thierry Bigaignon.

Catherine Balet : Looking for the Masters in Ricardo’s Golden Shoes

Due to COVID-19, the Gallery is awaiting reopening … and therefore the inauguration of the exhibitions …