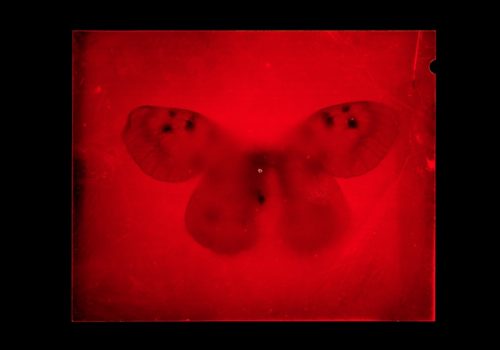 The Lanskrona FotoFestival Portfolio Review 2016, organized by Nina Grundemark, owner and managing director of the Grundemark Nilsson Galleries in Berlin and Stockholm, invited participating photographers to show their work to top photography professionals, including many festival directors. As a direct result of taking part in  past  Portfolio Reviews, participants in previous years had good results, having been invited to festivals in Derby, Leipzig, Dublin and Athens and several photo books were also published. This year, the reviewers came together to select one “Best Portfolio” out of all the reviews we gave. Photographer Kacper Kowalski’s work was awarded this honor, allowing him to take part in the official exhibition program during next year’s Landskrona FotoFestival 2017. The annual Festival takes place in Landskrona, Sweden, a beautiful town on the coast diagonally across the Sound from Copenhagen, founded in 1413. The Festival is ten full days of exceptional photography exhibitions, artist talks, photo-book exhibitions and Book Fair, seminars and a very well organized Portfolio Review.

I reviewed the following fourteen photographers:

Kacper Kowalski, from Poland, won the 2016 Landskrona Best Portfolio Review Award. Kowalski is a graduate of the Technical University of Gdańsk. After having worked in architecture for four years, he devoted himself entirely to flying and photography. Both as a pilot and a photographer, he takes aerial pictures of natural and urban environments of his native Poland. He has received numerous awards, including the World Press Photo award (2009, 2014, 2015), the Picture of the Year International POYi award (2012, 2014, 2015, 2016), and so many others. Photographs from his latest aerial project “Over” will be shown this November in an exhibition “Fade To White” curated by Bill Shapiro at the Curator Gallery, NYC.

Sebastian Sardi lives and works in Malmö, Sweden. He studied photography at Fatamorgana in Denmark. He published his first photo book “A Cirkusz” in 2012. His new work is a series of portraits on coal miners and worker’s in black and white and color. “Coal1” is currently on display in Landskrona.

Christian Nilson, from Sweden, has been living in Switzerland for a total of 12 years. He is a member of The Swiss Association for Contemporary Photography NEAR and represented by the Swiss photographer agency 13 Photo AG. His roots are in street photography, currently working on short and long-term photo documentaries. “ I want the viewer to see everything, no hiding, no guessing.”

Alice Schoolcraft is half Swedish and half American. She grew up in Sweden, Denmark and Spain and attended Edinburgh College of Art, Glasgow School of Art and Central Saint Martins. She will complete a BA Honors degree in Photographic Arts at the University of Westminster in July 2016. When Alice visited her relatives in America for the first time, she encountered a gun-owning American family, who held beliefs, interests and ideas completely contrary to her own, but treated her with love and affection.  Schoolcraft’s series The Other Side explores this question, pushing the boundaries of familial ties and personal identity while documenting an America they don’t often see on TV in Sweden.

August Eriksson, based in Sweden, has exhibited in institutions like Kulturhuset and Fotografins hus in Stockholm. His second book, ‘The Walk’ “is about process, physical movement, step after step further along the path; while the medium, the photograph, is an arrested moment of seeing. Sixty-six images follow one after another, all with the same strict composition: the path, seen from the eye level of the walker, disappears into the vanishing point of the image.”

Simon Johansson is a freelance photographer and journalist based in Stockholm. He is a member of The Swedish Union of Journalists. His book “Ölänningar” about the people of Öland, Sweden will be published by Journal, a Swedish publishing house specializing in photo-books, operated by editor Gösta Flemming. It will be presented at Polycopies in Paris in November.

Linda Hansen, born and based in Copenhagen, studied at Fatamorgana, the Danish School of Art Photography. She is exhibited widely in Sweden and Denmark. In 2016 she had a solo exhibition of her series titled //naevus flammeus// at The Museum Building, Copenhagen. The accompanying book was published by the FotoGrafisk Center. “For 3 years, I have photographed people who have a birthmark on the face or on the neck. My ambition with the pictures is to get people to consider how fast we judge people by their appearance instead of noticing the personality.

Maria Larsson Eversley, born in Sweden, lives and works in New York and Los Angeles. Maria holds an M.A. in Architecture from NTNU, Norway. Her work has always been rooted in phenomenology with a conceptual sense of quality. Her processes are transformative driven, first introduced to her by her professor Coy Howard, at Southern Californian Institute of Architecture. She was also trained in photography and reading LA’s context through the studio ‘Seeing: LA’ by Mary-Ann Ray, including pinhole camera making and processing. She deepened her cross-disciplinary interest with a postgraduate in Art + Architecture, theme Speed, at The Royal Academy of Arts, KKH Art and Architecture, Stockholm. In 2016, Maria was part of a group show: ‘Abstract Never Is’, organized by the Venice Institute of Contemporary Art, partnered with MuzeuMM Gallery, Los Angeles.

Ingun Alette Maehlum, living in Tromsø in the Northern part of Norway, is a documentary photographer working mainly in the Arctic. She has been photographing on the island of Tussøy where only seven people and one hundred sheep live. Tussøy is one hour outside of Tromsø, in the Arctic Norway. The distance from the urban society gives these people freedom. As work-in-progress, these were the first photos she has shown from the island.

Katarina Grip Höök works in the south part of Sweden. She has been awarded scholarships such as The Swedish Arts Grants Committee, The Hasselbladfoundation and The Swedish Authors’ Fund. Her cameraless body of work Shadow Pieces can be read as an echo from the ground. By letting redlisted organic material that was found in the field make imprints on light-sensitive emulusion nature becomes the darkroom and where proximity between image and object creates a tactile sensuality. The botanical material transforms into abstract traces; a figuration of extinction.

Dominique Ventzke, based near Berlin, Germany, has a Bachelor of Arts in Media Sciences where he specialized in Cinematography (die medienakademie Berlin / Hochschule Mittweida, University of Applied Science). He showed a series of very long exposure images titled the “BIG BANG”. His technical description follows: “I was curious how the New Year’s fireworks would accumulate into a single image for a BIG BANG that connects the old year with the new year. I recorded this image in Berlin on New Years Eve and exposed the 11×14 inch color transparency film for the last 3 hours of 2012 and the first 3 hours of 2013. So the total exposure time was 6 hours. This is our way to celebrate the world we live in. Seeing it all at once brings back memories of distant stars and the origins of our universe.”

Diane Vincent, lives in Berlin, and works both as an artist and freelance photographer for national and international magazines and clients. Vincent released her publication ‘i join the crystal-eyed turtle’s hand’ in December 2015 and was part of the group exhibition “Nothing Happens” at Chérie Sundays in Berlin during the 48 Hours Neukoelln Festival in June 2016. The work is being  exhibited now at the Photography Festival in Braga, Portugal.

Louise Bögelund Saugmann lives and works in Copenhagen with photography. Her practice originates from an interest in spaces that represent imbalances and uneasiness in culture. It centers on visual spaces that aim to capture mental states, moods and presence. Louise has exhibited in England, Finland, Sweden, Norway and Denmark.

Torsten Schumann’s first photo book “MORE CARS, CLOTHES AND CABBAGES” was published by Peperoni Books. “Torsten Schumann‘s photographs highlight the absurdity of life, that brief second in the day when chance creates a surreal juxtaposition, a moment of silliness, profundity, irony, a tell that exposes the world for what it is, a pointless journey towards inevitable death that’s intermittently interrupted by a comical situation that distracts us from our existential angst.” –Moray Mair, Arts Blog Mutantspace, March 2014.

Marjan Zahed Kindersley studied Photography at L’EFET and Speos, Paris, among other places. “I do a lot of extensive research in a variety of subjects from neurology to compositions of Ligeti before crystallizing an idea to pursue. Once I’ve gathered a fair amount of information with a vague idea on how a photo will look, I simply pick up my old M3 Leica and walk around and shoot film based on intuition (a very complex subject matter) alone. The only thing that I control is not to control anything, but let intuition communicate in dialogue with its environment.”

Sanja Matonickin has roots in Croatia, but lives in Sweden. She studied experimental photography at Munka Ljungby Folkhögskola. Her ongoing project The Pearl in the Pond  is a collage of reflections, reality and state of mind. The different layers are water, mostly puddles, sometimes things floating on the surface and the exciting pattern from the ground. The images are created in the moment during exploration of my hometown Helsingborg, also known as the Pearl of the Strait among its inhabitants.