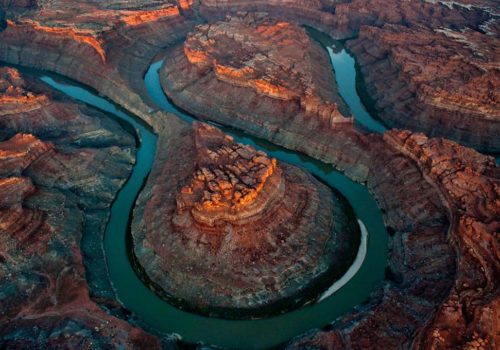 Looking at the world today in the early 21st century, it is clear that the United States has revolutionized our lifestyle, culture, economic references, civilization, environment and even our vision of life itself, and in the space of just a few decades. This is why we chose to feature American photography as the theme for the 11th Festival Peuples et nature de La Gacilly.

From New York to Los Angeles, art galleries are showcasing new talents. National Geographic magazine, now more than a century old, is a veritable institution of the grand masters of color photography. And in one short decade, Getty Images has become the world’s leading photo agency.

Our Festival, however, has not deviated from its original course, the goal being to present a focused view of the world as seen through pictures, to discover different people and peoples, to report on changes in and on our planet, and to give an opportunity to everyone who appreciates photography to stop and think about our changing world, to be informed, to be moved – to tears, anger or wonderment, and perhaps all at the same time.

Who are the people of America? How do they see their own country? What is their view of society and of  the natural environment under threat? Pete McBride spent months traveling along the Colorado River for National Geographic, from the source in the Rocky Mountains to the mouth in the Gulf of California. His pictures show stunning scenery and the risk of losing these grand landscapes as the river dries out, as humans take too much precious water from it. Brent Stirton traveled to Navajo territory, 150 years after the Long Walk when the Navajos were deported from their land. His pictures form a striking parallel with the historic photographs of Edward S. Curtis taken in the 1890s.These First Nation people of America have certainly had to struggle to safeguard their identity. David Maisel, whose work has been exhibited in leading art galleries, chose American landscapes  transformed by human intervention: aerial shots taken at 40,000 feet become colorful mosaics or “paintings” which, on close examination reveal the staggering truth.The renowned Nick Brandt is devoted to Africa and horrified by the way the environment is being destroyed; he is both an artist and an advocate for the animal kingdom.We are paying tribute to his endeavors with an exhibition covering twelve years of his work. Another great name in animal photography and a National Geographic star is Michael Nichols who spent a year in Tanzania with the lions in the Serengeti, producing a fascinating report presented in partnership with the Festival Visa pour l’Image – Perpignan. Steve McCurry, a legend with the Magnum agency, is inviting us to embark on a journey as seen through his most famous icons covering thirty years of professional photography recording human life. Special tributes have been programmed for two legendary figures in the world of photography: Robert Capa, a model for all war reporters and the man who took the famous shot of the D-day landing, but the village streets will be decked with his little known shots taken in a world at peace, far from the fury of the battlefield; and Ansel Adams, the grand master of environmental photography and landscapes, who will have a retrospective of his work on the great parks of America. Plus, because everything is larger than life in the USA, another tribute will be made with NASA pictures of outer space and the first man on the moon that will be featured in the streets of La Gacilly.

In parallel with the American program, and as part of our stated ambition to défend photography with commitment, local photography, and photography combining different approaches (documentary, historic and artistic), our open-air galleries, streets and gardens will provide showcases for this extensive and varied range of work.

The region of Morbihan will be on holidays for the photographer Georges Mérillon, and a chosen home for Patrick Messina, and we are pleased that our département is still featured prominently thanks to the loyal support of the Conseil général local authority. Guillaume Herbaut, one of the most gifted photographers of the new generation, will show artic lands affected by global warming and now offering attractive prospects for industrial powers, forcing the local communities there to change their lifestyle.

Floriane de Lassée who is always on the road meeting people around the world, has returned from a trip across five continents to present a vision of poetry and humor with portraits of men and women met in the course of her travels.They are people whose livelihood and life can be seen – water, wood or food – being carried on their heads. Edouard Boubat, the grand figure of humanist photography, shows simple everyday moments, offering glimpses of intrinsic grace, beauty, poetry and timeless fulfilment.

Russell James may be better known for his fashion photographs of stunning models, but he is a man who likes people and peoples, and is a fervent advocate of nature. Nomad, the project being presented, has been shaped by dialogue on artistic practices with native communities whose traditions and lifestyle are threatened.

Finally, to celebrate the anniversary of the Liberation of Brittany, we will honor John G. Morris. 97 years old today, he was the picutre editor of the prestigious american magazine Life. Summer 44, he accompagnied for a month, six photographers of his weekly (including Capa) in Normany and Brittany: the images we exhibit are newly rediscovered. Sites in history and memory are the subject for Patrick Tourneboeuf working from a documentary angle, and for Mathieu Pernot with a visual art focus, offering their perspectives on the German bunkers along the French coast, now battered by the elements and engulfed by sand.