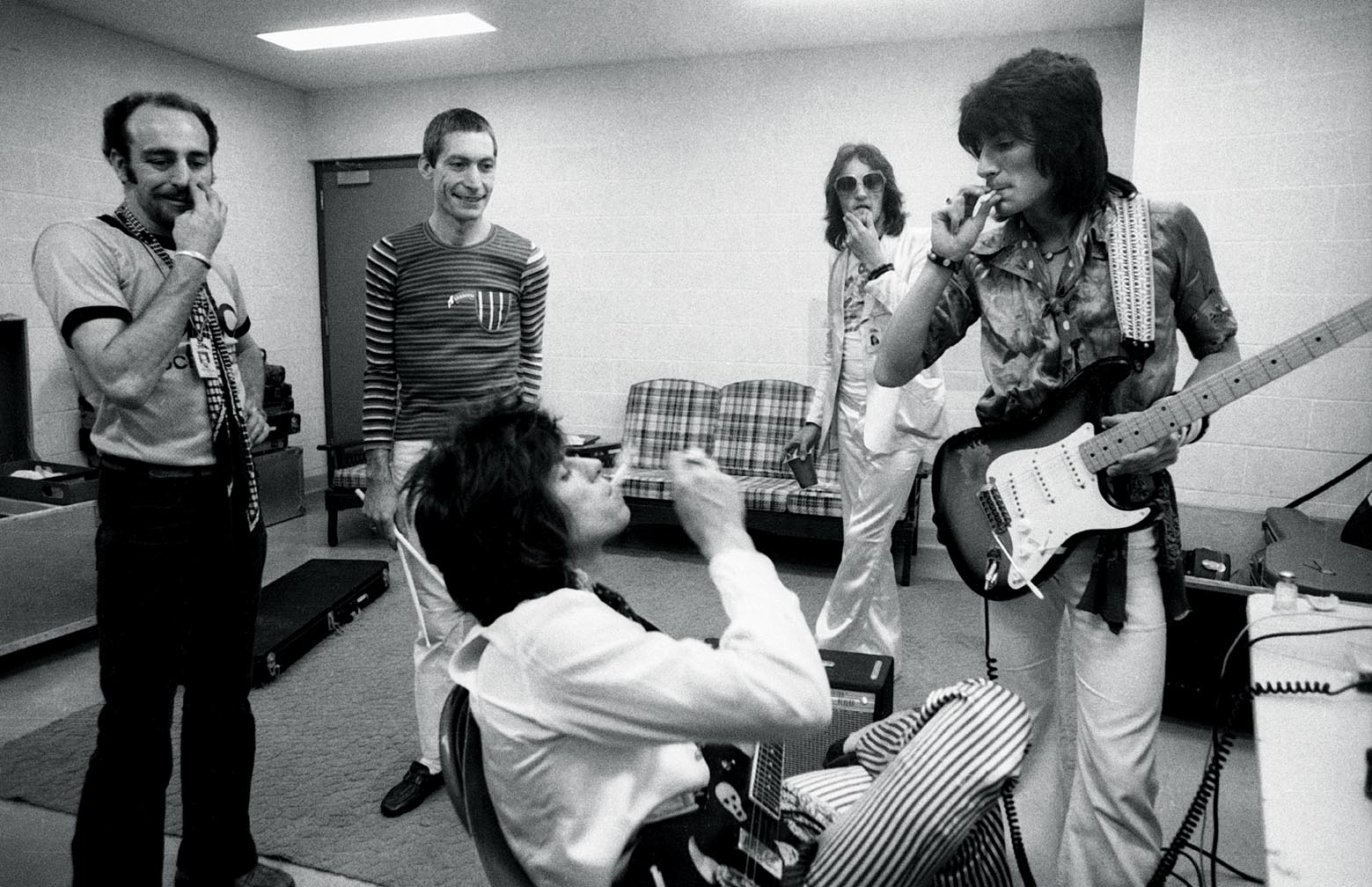 During Rock’s 40 glorious years, American Ken Regan took pictures of nearly all of the musicians any rock groupie could possibly dream of. All Access: The Rock ‘n’ Roll Photography of Ken Regan, beyond its historical aspect and photographic skill, provides witness to his astonishing perseverance.

It can often be said that in soccer, while the referee does not wear the same shirt, he shares the same passion. It is likely that Ken Regan never dressed in the same outrageous suits as the rock stars, but his photographic work demonstrates an obvious affection for the sound of electric guitars. The comparison with the man in black however stops at that judgment. The photographer was both a simple and privileged witness to crowds rioting, performers exploding on stage, sharing their excess and their moments of calm.

He began at the start of the musical wave, in the 1960’s. At the time, this New York City native was covering sporting events, Bobby Kennedy’s election campaign and Vietnam war protests for several different magazines. Time magazine asked him to follow Beatlemania in 1964 during an American leg of the British group’s tour. He would photograph them stepping out of the plane, during their concert at Carnegie Hall and while on the set of the prestigious Ed Sullivan Show. His work was starting to get recognition, and he was asked to follow Bob Dylan’s Forest Hills concert in 1967, the Rolling Stones’ Brian Jones memorial concert in 1969, and the 1971 Concert for Bangladesh, the world’s first charity concert.

With the help of friends working in the business – from a friend’s father to the influential promoter Bill Graham – Ken Regan built a backstage bridge to the great events, as an activist or not. The photographer was present during the tours of Dylan, Janis Joplin or Jimi Hendrix, all of whom became accustomed to his presence and confided in him without really knowing who he was. From hundreds of legendary shots taken during 40 years and printed in numerous magazines, it is legitimate to highlight some of the lesser well known ones. Bob Dylan, lying nude on his back playing Backgammon, then a few decades later reading the baseball results in a local supermarket. Mick Jagger, sitting bent over on a bench, offers a tender, even childish expression. Ringo Starr appears from behind a paper wall, ripping it, screaming, holding up his arms. The iguana Iggy Pop poses on the edge of a window. As for Keith Richards, stretched out on a hotel bed, a bottle in his hand, waits to get his hands on the two female legs Ken Regan has slipped his lens between. All Access: The Rock ‘n’ Roll Photography of Ken Regan is a book to show your children. After all, it’s Only Rock ‘n’ Roll!