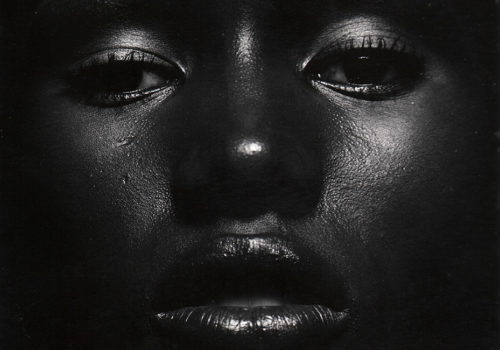 Keith de Lellis Gallery presents the work of three early Kamoinge photographers for this winter exhibition. The name “Kamoinge” comes from the Kikuyu language of Kenya and means a group of people acting together. The Kamoinge mission statement: To HONOR, document, preserve, and represent the history and culture of the African Diaspora with integrity and respect for humanity through the lens of Black photographers.” (Kamoinge.com).

Beginning in 1963 and continuing into the present day, Anthony Barboza (b. 1944 New Bedford, MA) has enjoyed a long career in photography, capturing his subjects both on the street and in the studio. Perhaps best known for his photographs of singers and jazz musicians in the 1970s and ’80s, Barboza’s subjects span a wide range, from high-profile celebrities to anonymous children on the street of New York City. Barboza’s photographs have appeared in numerous publications, including The New Yorker, Sports Illustrated, Newsweek, LIFE Magazine, and Vogue. In the early days of Barboza’s interest in photography, he was introduced to Kamoinge, and served as president of the organization from 2005–2016.

Founder of Cesaire Photo Agency and cofounder of the Black Photographer’s Annual, Beuford Smith (American, b. 1941) has enjoyed a diverse and celebrated career in image-making. His clients include Black Star, AT&T, Emory University, Merrill Lynch, Avon, and GE. He received a New York Foundation for the Arts Fellowship in 1990 and 2000, a Light Work Artist-in-Residence Fellowship in 1999, and an Aaron Siskind Foundation Fellowship in 1998. Smith was a founding member, and later served as president, of Kamoinge. Among Smith’s work is an emotional set of photographs exploring the Black community’s anguish the day after the assassination of Martin Luther King, Jr.

Harlem native Shawn Walker (American, b. 1940) was invited to Kamoinge in 1963, having been interested in photography since childhood. “I knew this was going to be a life-saving event for me. I was the youngest and least knowledgeable in the group. [Kamoinge members] Louis Draper and Adger Cowans had degrees in art. I was a high school dropout, but fortunately, I had been exposed to stuff so I wasn’t out of my league. It was a mentor/big brother kind of thing. You always had somebody to talk to. That’s a rare thing. Imagine having 12 guys you could rely on for information,” Walker says (Document Journal). Walker has taught photography for decades now, first at Queensboro College, then York College, and finally Columbia University Teacher’s College. At the beginning of 2020, his archive of nearly 100,000 photographs, negatives, and transparencies was acquired by the Library of Congress.

The photographs of these three distinguished artists can be found in the collections of the Museum of Modern Art, the New York Public Library, Princeton University, the Virginia Museum of Fine Arts, the Studio Museum in Harlem, the Brooklyn Museum of Art, the Library of Congress, and more.

This exhibition will be on view at the Keith de Lellis Gallery through February 2021.