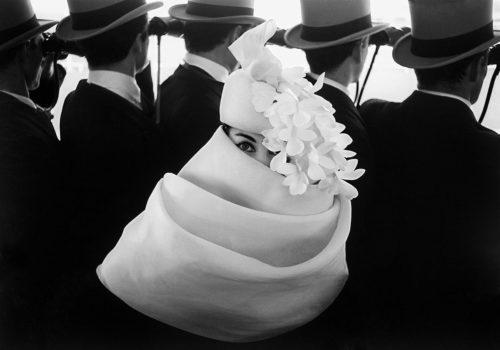 The Jeu de Paume pays tribute to the photographer Frank Horvat, who died on October 21, 2020 at the age of ninety-two, with an exhibition presented at the Château de Tours from June 17 to October 30, 2022. Accompanied by a monograph, it brings a renewed vision of the fiery activity of the photographer during his first fifteen years of career, from 1950 to 1965, a period during which he affirmed an extraordinary personality as author-reporter and fashion photographer.

Selected from the archives kept by the author in his home-studio in Boulogne-Billancourt, the exhibition is based on period documents: vintage, publications, writings, in order to follow and explain the photographer’s approach, in the context of the evolution of the illustrated press at the time. It strives to discern the deep driving forces of the work and to bring out its strength and points of tension. It underlines the commonalities between his work as a photoreporter and his work for fashion. Fascination with beauty, the motif of the viewer-voyeur, attention to physical or amorous disorder, are some of the recurring themes of Frank Horvat, who appears above all as a photographer of the body and the intimate. It also reveals the melancholy facet of an independent and sometimes solitary author, considering himself as an outsider despite his success as a fashion photographer.

The catalog of the exhibition to be held at the Jeu de Paume in Tours in 2022, with more than 250 photographs taken after the war by Frank Horvat, between 1950 and 1965.

Born in Italy in 1928 to Jewish parents from Central Europe, a refugee in Switzerland in 1939, Frank Horvat began photography in the early 1950s. From 1952 to 1955, his first trips to Pakistan, India, Israel and in England earned him numerous appearances in the international press. Managing to capture close-ups of scenes of great intensity and sometimes forbidden places, he reveals himself as a photographer of the body and the intimate. A fascination that he will also express in his fashion images for Jardin des modes, Vogue, Harper’s Bazaar or in the hallucinatory vibrations of a world tour carried out in 1962-1963, which has remained largely unknown.

Published on the occasion of the exhibition at the Jeu de Paume-Tours, this catalog focuses on the first fifteen years of Frank Horvat’s career, a period during which he asserted an extraordinary personality as an author-reporter and photographer of fashion. This book is the first historical monograph on the work of Frank Horvat, renewing the vision and analysis of his work, through a set of photographs, unpublished documents and texts by specialists.