Jean-Pierre Laffont, New York Up and Down 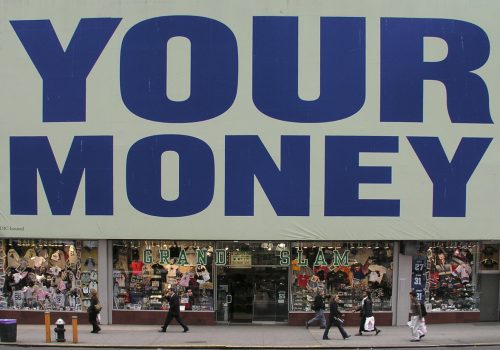 After a remarked book on his work in the United States spanning 50 years of history, documentary photographer Jean-Pierre Laffont publishes his photos of New York, where he has been a transplanted resident since 1965.

It was love at first sight. I even remember the exact time and place where I was struck: it was December 1965, at the corner of 6th Avenue and 55th Street. The glass and steel buildings glistened against the blue sky. I had never seen skyscrapers before and I thought they were dazzling, provocative, powerful. They seemed limitless. It was then and there that I knew I was born to live in New York City and that I had arrived where I wanted to be for the rest of my life. Someone once said: “New York is not a city, it’s a world”. It was going to be my world.

The sixties were a turning point for New York City and a turning point for Jean-Pierre and me. We were young and filled with the freedom of expression that seemed to define the times. Nothing seemed impossible. We opened the US office of Gamma Photo Agency and I went with J.P. on many of his self-assigned photo shoots. Jean-Pierre’s photos helped me see and love New York and I did love it all.

Back then, New York was a dirty, dangerous place. There was pornography on 42nd street and violence in the subway. The hippie movement was in full bloom and drugs were everywhere.

Yes, there were beggars in the streets, homeless men and women in the parks, drunks in archways of the elegant stores on Madison Avenue and hustlers everywhere.

Yes, New York is not for the faint of heart, but like all New Yorkers, we adjusted.

You were nobody if you did not come to New York. Charlie Chaplin returned to New York after 15 years of exile. Philippe Starck redesigned the landmarked Paramount and Royalton hotels. The Rolling Stones played on a flatbed truck rolling down 5th Avenue. Brigitte Bardot, famous for popularizing the bikini and the city of Saint-Tropez, came to New York to meet with the Beatles, Charles Aznavour, Gilbert Bécaud, and Enrico Macias sang at Carnegie Hall, the most prestigious venue for both classical and popular music. New York became the new capital of the art world. Pop Art flourished. Arman, Martial and France Raysse of the “Nouveaux Réalistes” travelled to New York from the south of France to work with Andy Warhol. The glam crowd from the music, fashion, and movie world mixed with his extremely eccentric entourage. We all hang out.

It was all very, very underground.

We all became friends and went to Max’s Kansas City for hamburgers. We danced at Studio 54 until the wee hours of the morning, I even sang “Macho, Macho Man” and “Y.M.C.A.” with the Village People.

But what I liked the most was showing them my personal New York: the Brooklyn Bridge at night, the Beaux-Arts style of Grand Central Terminal, the Art Déco roof of the Chrysler building. The eerie beauty of the Empire State Building in the fog was undeniably the peak moment of their trip and Jean-Pierre photographed them all at the top.

So do I love New York madly all the time? Of course not. I hated it when the maintenance payments for our building jumped drastically. I hated it when I saw a family of rats on the A line subway tracks. I hated it when my favorite diner was replaced by a Gap. I hated it when the gritty, mafia-owned meatpacking district became the trendiest shopping district and when SoHo artists lost their lofts to lawyers and Wall Streeters. I could not stand it when my daughter Stephanie told me she might have to move to New Jersey because she couldn’t afford Manhattan private schools for my two granddaughters. I cried when John Lennon was killed three blocks away from our apartment. I was terrified when AIDS and crack ravaged the city and I was devastated by the September 11th attacks.

Once, long ago, I heard a joke on the radio. Bob Hope was asked, “When are you coming to perform in New York City?” He replied, “When it’s finished”. I loved it and that’s just the point. New York will never be finished. New York will always remain in a permanent state of demolition and reconstruction, decline, and recovery. Taller buildings will keep popping up, altering the skyline. The Empire State Building might still be my favorite but not the tallest anymore and certainly not the most surprising.

New York City is fun but can make you cry. It is organized and chaotic, gritty and sophisticated, attractive and repulsive, loud and strangely quiet, cruel and tender, dirty and too clean. You like it one day, and hate it the rest of the week. It is forever changing, yet always stays the same. It is so beautiful it takes your breath away, still ugliness is around the corner, everything is up and down and down and up again.

I take it all, because, you see, I am crazy in love with New York City.

Jean-Pierre Laffont, New York Up and Down
Published by Glitterati
$75
www.glitteratiincorporated.com