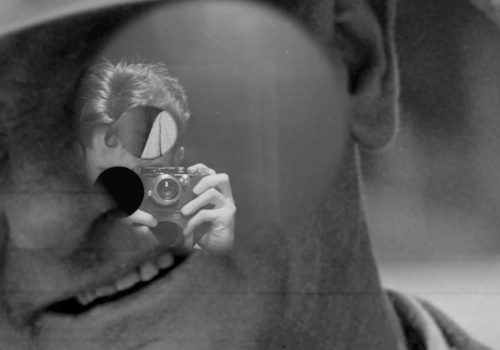 Sumptuously empty landscapes with a huge black sun insolently radiating the suffering America; Roy Stryker, the project director of the Farm Security Administration – a massive photography campaign to document the living conditions of peasants during the Great Depression – punched the negatives of photographs he did not consider worthy of exploitation. When I discovered this body of images, I was troubled by the location of the hallmarks in a significant number of them. For me, too many hearts, throats and lower regions were “touched” to be mere coincidence. And strangely, I couldn’t find any trace, no comment of this fact anywhere. It became important to me that we judge by evidence and look at these photographs in the face; these holes and what they tell are both extremely simple and insanely complex. We can put a lot of things into it – like a necessity to fill their semantic gap, to justify their index savagery. Is it just the trace of an innocuous gesture, neither more nor less conscious than the majority of the gestures we make at every moment or is it not a huge visual slip? How to objectively decide whether Stryker had consciously killed the poor people depicted or was it my own projection, my shadow appearing there like a missing nose in the middle of the face? Or is it yet another disturbing proof that, even with the best intention, the relations of photography and power are deeply intertwined, if not incestuous? The fascination would then come from the impossibility of concluding.

As part of the Rencontres d´Arles 2021, a photographic installation project by Jean-Christian Bourcart designed with the help of Véronique Dabin and printed by the teams of the Nicéphore Niépce Museum on Canson Infinity Baryta paper. This exhibition is special in various ways; it is an exhibition of a photographer with photographs he did not take, a gallery exhibition presented in a private space, accessible by appointment and invitation. And there is nothing for sale except an NFT, undoubtedly one of the first NFTs featured during the Rencontres.

Designed as part of President Roosevelt’s New Deal, this US government photographic documentation project was led by Roy E. Stryker who commissioned 12 photographers including Walker Evans, Dorothea Lange, Gordon Parks, and John Vachon to document the plight of farmers hit hard by the economic crisis. Taken between 1935 and 1943, the 175,000 photographs held in the Library of Congress, Washington, constitute one of the most ambitious censuses in the history of photography and are considered today by the American nation. as a national treasure.

Jean-Christian Bourcart (born in 1960) is a Franco-American artist photographer with no fixed residence. He is the winner of the Nadar Prize, the Niépce Prize, the Jeu de Paume Prize and the World Press Award. For each new subject he tackles, he develops a writing that mixes to varying degrees investigation, experience, analysis, description and formal invention. Through the use of several mediums (photography, video, cinema, writing), he offers a kaleidoscopic vision that evokes, informs and questions our human experience.

An NFT created for the occasion will be for sale on the platform Foundation.