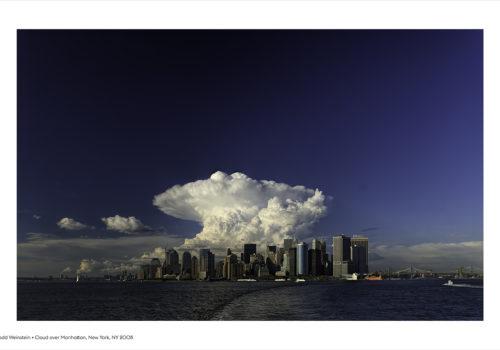 It reflects his 50 year career by presenting the work of his mentors and influences and how he has reflected their work in his photography. It is entitled Todd Weinstein Stories of Influence: In Search of One’s Own Voice.

Todd Weinstein gathers a group of his mentors to reflect on how their work has inspired him. In combination with original works by sculptors, painters, musicians and writers, Todd shares his images and the connections that lie between an artist and their influencers.

Artists include Charles Auringer, David Griffith, Larry Melkus, Taro Yamasaki, Michael Sarnacki, Ernst Haas, Louis Stettner, Larry Fink, an many others. The work is presented as a juxtaposition of two images printed on the same substrate reflecting the influencer and Weinstein’s photography.

Weinstein was born and grew up in Detroit and attended the Center for Creative Studies (Now College for Creative Studies) in Detroit where he studied under George Phillips, before moving to New York He is well known for his project documenting the re-emergence of Jewish life in post Holocaust Germany and is one of the founders and became director of the Union Square Gallery in New York. He changed the name to the Union Square Gallery Ernst Haas Viewing Room after Haas’ death in 1986. Haas had been a key mentor to Weinstein.

“We are really delighted to bring the photographer Todd Weinstein who has made a lifetime of creating modern photography that reflects the world in all its complexities. This too is an artist’s interpretation of history and represents a collaboration of sorts between artists so it ties in nicely with the downstairs gallery show. We think visitors will delight in the beauty of the work and have a lot to think about as they leave.”