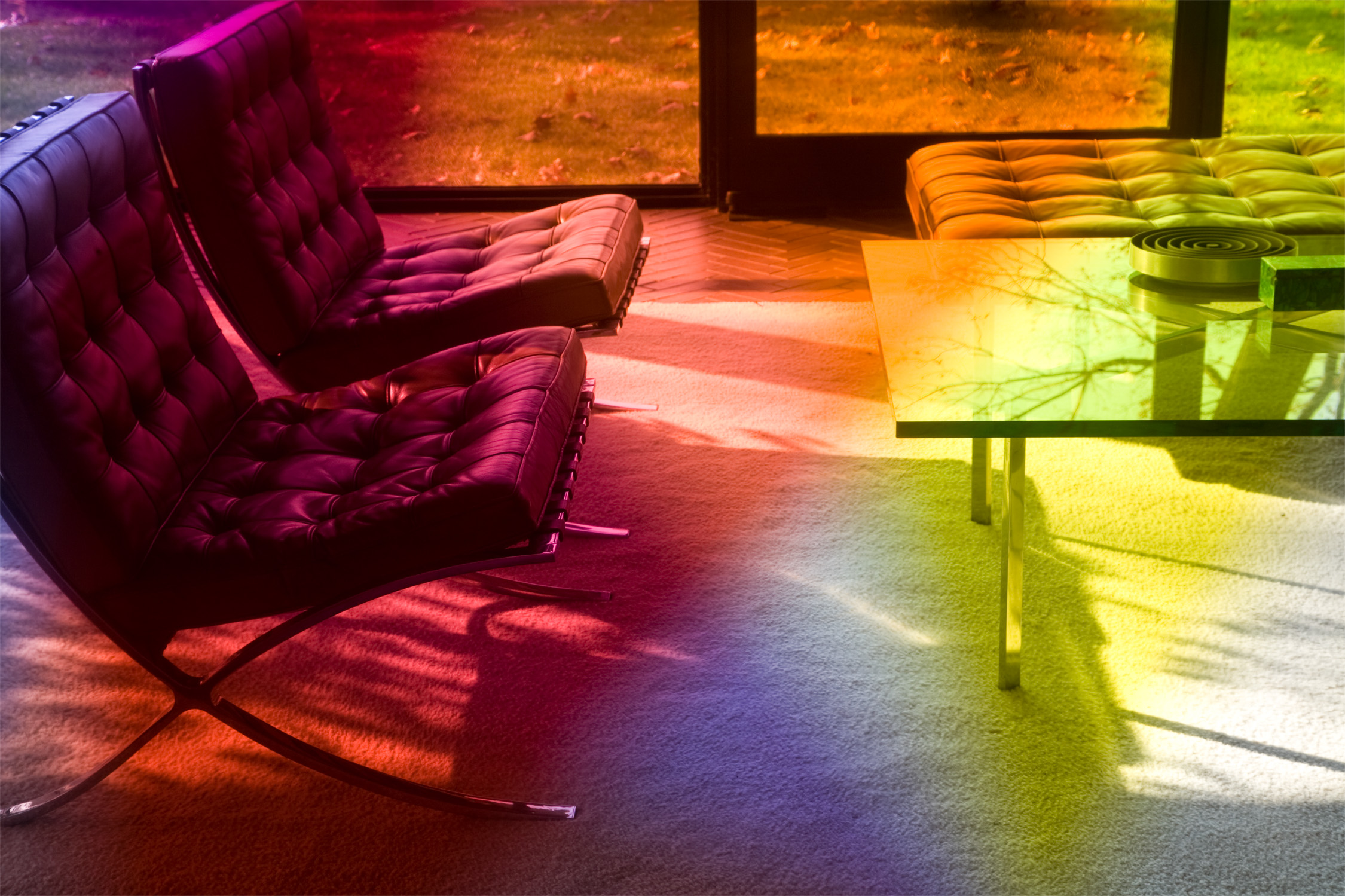 “New Pictures 3: James Welling, Glass House” showcases an elegant photographic series of Philip Johnson’s modernist architectural masterpiece, Glass House (1949). Using a digital camera and color filters, Welling experiments with new possibilities for architectural photography, capturing the luminous effects of Johnson’s glass-skinned structure at different times and with changing light conditions over a three-year period (2006–2008.) These atmospheric works reveal the ambiguity between the interior built space and exterior natural space evoked by Johnson’s home. These pictures suggest a physical experience of space and form that is unique in architectural photography.
“James Welling has been producing groundbreaking work since the 1970s that possesses a rare combination of conceptual depth and technical skill. Through the last three decades, he continues to challenge himself as a photographer and offers viewers new discoveries through thoughtful and visually arresting photographs that suggest overlooked aspects of the medium,” said curator David E. Little. “In the last five years, he has taken on the challenge of architecture and produced a body of work that offers a new take on representations of architecture within a natural site. His experimental use of color and light to explore spatiality makes him a particularly important artist to feature in the MIA’s ‘New Pictures’ series.”
Welling, a professor in the Department of Art at the University of California, Los Angeles, first gained national recognition in the 1970s and 1980s for his carefully staged black-and-white photographs employing such uncon¬ventional mediums as pastry dough, gelatin, and tinfoil. These early works spoke to the role of the photographer in staging the vision and narrative of each picture. Welling’s work has been exhibited internationally and was the subject of a retrospective exhibition, “James Welling Photographs, 1974–1999.”
The third exhibition in the Minneapolis Institute of Arts’ new photography series featuring groundbreaking contemporary artists presents the innovative work of Los Angeles photographer James Welling.