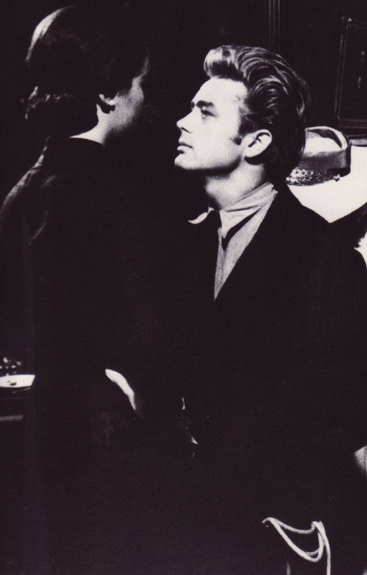 On this February 8th, James Dean would have been 80 years old

His life tragically ended on September 30th 1955 behind the wheel of his lightening fast Spyder, James Dean (and his romantic rebel image) has remained eternally trendy. During his short life and by way of only a few films, he managed to craft an image that has stood the test of time. Yet again, photography has played a major role in placing this icon in the museum of myths. And it is thanks to Maurice Renoma’s effort in putting together this large retrospective that we are able to discover these images (many previously unpublished), by Dennis Stock, Sanford Roth, Roy Schatt and Phil Stern, as well as photo archives from Getty Images and Warner Bros. Collections. Not only photographs but paintings, sculptures and other personal objects will equally be in on display.

According to Maurice Renoma, who lived in the epicenter of the sixties scene dressing rock stars and fascinated by the United States, we discover James Dean, preceded by the Rolling Stones and Jimi Hendrix. During an interview with Jean Noël Coghe, he states: “James Dean is the character that has most influenced style and fashion… he symbolized freedom”. And he will certainly remain for years to come a reference for fashion and photography. James Dean as a style icon is precisely what his photographer friends were able to capture in black and white, where he is seen as relaxed, his gestures, coolly show the character whose charisma transcends the camera pointed at him.

Having acted in only three films but with multiple passions (from basketball to theater, painting and sculpture) he was also a photographer. Maurice Renoma, who declared wanting to show everything in order to ensure an absolutely original scenography of the exhibition, believes that the ‘photographer’ James Dean was influenced by Man Ray and that he had also planned to travel to Paris in 1955 with Sanford Ross to meet Picasso, Braque, Cocteau…
But sadly, there was not enough time for him to become the Godfather, as his idol Marlon Brando… And so he kept that insolent beauty of youth forever. This is the exceptional story that these photographic documents tells us.