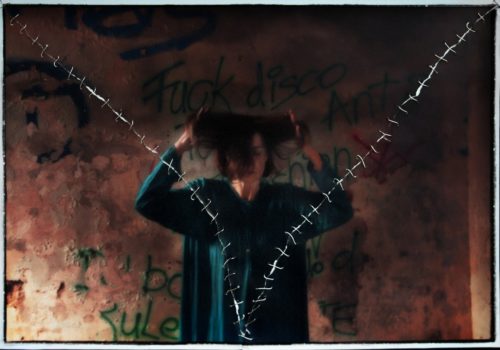 In An Atmosphere of Isolation and Loneliness

An essay on loneliness

Fear exists, but he is no longer an individual condition, but fear of infirmity. A sort of Weltschmertz in the 21st century. Conscious digital dementia.

Within four walls and within its own thoughts, it becomes stuffy. Panic in our ranks.
To the one who must experience life (to live), to bridge the gap, art historian Enes Quien says that “it is only important to be able to see this experience,” and adds “creative freedom” has no limitations. If “creative freedom has no limitations,” Why limit ourselves? Why this “freedom” is somehow unconvincing, why it looks like the Certificate of Authenticity, embellished with a cheap Chinese frame.

Isolation and loneliness, the anxiety we carry, everything we suppress within ourselves,
Isn’t that what many artists is forcing to create. Isn’t that our “ear cuted off”?
Isn’t that what needs to come out, one way or another, eventually?

Body – matter = place – space, where body and place are a kind of individualization of matter and space.

Things in a dream deprived of their being. If the body is a structure, emotion is an act that creates meaning as presented and gives identity to the participants involved. The pain lets the coldness of the metal into the body of the image; the particles of the incision not allowed closing. Light enters through them and silence ensues.

My works speaks of isolation and loneliness. About escaping into an imaginary world in which there is equally, no way out of anxiety, but there is a need for hope.

I show the space that doubts press, trying to thicken it. The force that arises separates space, stretches thoughts, and destroys matter. The author takes on the role of a trained war surgeon, without the ability to reconcile, only pretending to try to merge the newly released tensions. A kind of reconstruction of intention.

IN ADDITION, THE PICTURE EXPOSES THE SILENCE

Our modern pillow never will replace the one down-filled with fluff, plucked from a goose. The softness of the cushion that clings, with the face immersed in it, does not suffocate.

Only the geese were suffocated, for which they say live in pairs all their lives, so if we pluck one, it is as if we have suffocated and plucked the other. It comes to the same.

THE MEANING OF TWO KINDS OF SOULS

Standing behind the camera, while staging the composition of the image I think about the fluff. I suffocate and slowly pluck. Feather on feather tearing off the memory. Removing unwanted thoughts. Never enough.

Notebook is open, white, innocent sheets await. Something in me is saying; start the first chapter by removing the “atmosphere” from the title, it somehow sounds too sacred. Throw out the “insulation” also; it sounds too hard. Leave only “In solitude”. It sounds sad, but somehow more sincere.

How to counteract this?

Like the ice, the photo keeps everything in place for a while. And the picture exposes the silence, but if you listen long enough it will break into a roar“. Hanne Bramness – No Film in the Camera.

Ivica Nikolac (Rijeka, 1960)
Ivica Nikolac can be considered a member of the conceptualism in photography; he leans towards questioning his own photographic views of the world. Nikolac had 10 solo exhibitions and took part in more than 50 group exhibitions.

He has been a member of the Croatian Association of Artists, Rijeka since 1997. He was the president

He won multiple awards and recognitions for photography on international salons of photography and awards for promoting photography.

He is a jury member of multiple award panels and the selector of photography exhibitions on a national level. He has dedicated a lot of his time to educate through photography classes, general lectures and took part in photography workshops in various cities.

Aside from photography, he is also interested in theatre and music.