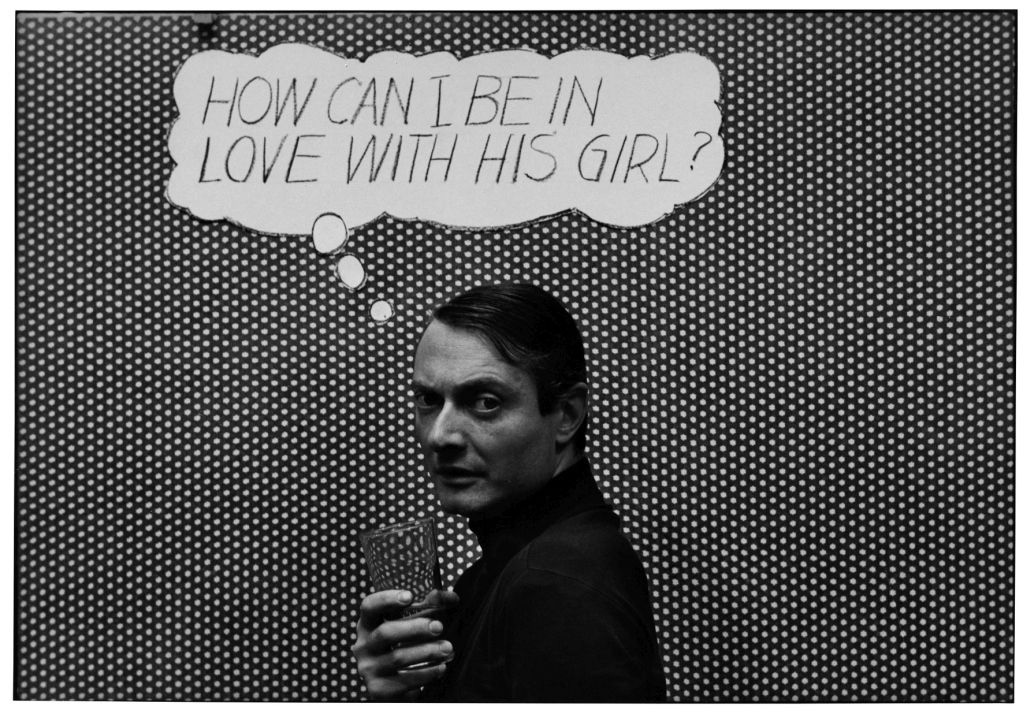 Are you interested in lesser known areas of Ugo Mulas’ photographic work? If so you can visit The Sensitive Surface exhibit either in Naples or in Milan. The best would be visiting both Lia Rumma Gallery venues, because they offer an overview of his production of the 60’s and early 70’s. Curated by  New York-based curator Tina Kukielski, in collaboration with the Archivio Mulas, distinct bodies of works demonstrating the wide breadth of Mulas’ life and career are on view simultaneously in the two Italian towns.

By the time of his untimely death in 1973, Ugo Mulas was recognized as a master of portraiture, reportage, fashion and advertising photography, he photographed artists in the 60’s Jasper Johns, Alexander Calder, Andy Warhol, Marcel Duchamp and countless members of the Italian avant-garde, like Lucio Fontana. Lesser known are the late 60s, when Mulas explored the conceptualist potential of photography. The exhibit features this very period of experimentation in the artist’s studio from 1969 to 1973, with selections of the artist’s lesser-known color work and examples of his enlarged contact sheets, a recurring motif after his seminal trip to New York in 1964.

With Bruno Munari and Luciano Caramel, Mulas co-organized Campo Urbano, an exhibition made of performances and events within Como streets (1969). Recognizing the potential of conceptualisation of photography , Mulas shot sequences of images askew and oblique, playing with the unpredictable, ephemeral quality of the happenings. Often printed and enlarged directly from contact sheets, Mulas’ Campo Urbano works subvert the narrative, chronological framing of the event in order to become “something else”. Focusing on the “time” element, he tried to get under the surface of the events as he shot sequences, overturning the assumption that photography doesn’t record time flowing. “It’s somehow antithetic to the photographic time (…) Time acquires an abstract dimension. In photography it does not run naturally, as it happens for cinema and literature: different times are simultaneously present on the same sheet, in the same moment. It is the stillness more effective than any actual movement, it is the obsession of the repeated image that makes the dimension of photographic time come out”, Ugo Mulas used to say.

In Naples, contact sheets including the rarely seen sequences of Jasper Johns and Roy Lichtenstein, Pino Pascali and Andy Warhol are on show, alongside selections from Campo Urbano,  these photographs, printed directly from blank negatives and left uncropped, challenge the language and temporality of the picture frame, opening up the photograph to something more than a mere record of a moment, time or place.

Indeed , these pictures make us think of the work of the photographer and the purpose of photography itself, along with Mulas personal approach. In focusing on the machinery of picture-making, Mulas was experimenting different forms of creative expression, as he was shuttling between the bar Jamaica at Brera in Milan and New York.

Both galleries shows also two rare documentary films : in Naples a video on the Campo Urbano project; in Milan, a documentary shot by Nini Mulas with interviews by Rossana Rossanda of New York based artists.

Ugo Mulas (Pozzolengo, 1928 – Milan, 1973). Self-taught, his career developed within the artistic and cultural scene in Milan in the early 50’s. He worked as a photojournalist, then he was rapidly renown in various fields of professional photography, publishing his work in magazines such as Rivista Pirelli, Domus, Vogue and Du. Mulas photographed the Venice Biennale exhibitions ( 1954 – 1972) and worked in close contact with the artists. Representing the art world became the photographer’s main focus: among his projects, the series on Alberto Burri (1963) and Lucio Fontana (1965) and his reportage in Spoleto (1962), where he met David Smith and Alexander Calder. The series dedicated to Eugenio Montale’s poetry are aIso from  this period. After discovering Pop Art at the 1964 Biennale, Mulas went to the United States (1964- 67), where he created his book New York: The New Art Scene (1967). He met Robert Rauschenberg and Andy Warhol, and discovered Robert Frank and Lee Friedlander photos, which influenced his work of the late 60’s,when he moved away from traditional reportage. Large formats, projections, solarisations and the use of the proof as an aesthetic device are elements that Mulas borrowed from the experimentation of Pop art and New Dada. In the late 60’s he participated in the aesthetic and conceptual renewal of the neo-avantgarde movements. This was the period of his reportage on the 10th anniversary of Nouveau Réalisme (1970), his unpublished work Vitalità del negativo ( 1970) and five other books: Alik Cavaliere (1967), Campo urbano (1969), Calder (1971), Fausto Melotti: lo spazio inquieto (1971) and Fotografare l’arte (1973). Ensuing the decline of the reportage format, superseded by television, Mulas rethought  photography historical role, which led to his portfolio on Marcel Duchamp (1972) and the project Archivio per Milano (1969-72). His Verifiche (1968-72) were produced in this very period: the series of 13 works encapsulates Mulas’ experience and his ongoing dialogue with the art world. Mulas died in 1973, a month before his retrospective  at the University of Parma and the publishing of his book, La Fotografia.