Interview with Laura Serani, director of the Planches Contact festival : “It’s a kind of laboratory, where photography takes shape.” 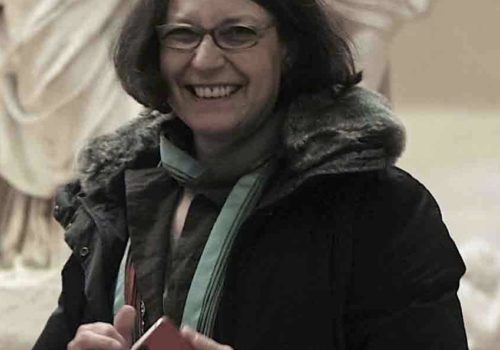 Laura Serani is director of the Planches Contact festival since 2019. For the third year in a row, she wishes to expand and develop the autumn photography event on the Côte Fleurie of Normandie, in Deauville. Interview with Laura Serani.

How would you describe the spirit of this new edition?

It is of course always an edition which still gives a great place to open-air exhibitions – which has characterized Planches contact since its creation in 2010 – with in particular monumental exhibitions on the Deauville coast. And besides the festival – born at the initiative of Philippe Augier, mayor of Deauville visionary defender of the role of culture – gradually invests no longer only the beach, but the whole city, with exhibitions and installations everywhere. , from the pier to the city center, from the glass roof of the Olympic swimming pool to the Pompeian baths, sidewalks and public benches, with the support of city services. But the big news this year is linked to the opening of an extraordinary new place, the Franciscan Cultural Space, which, opened last May, it offers a “museum” space and gives the festival a whole new dimension. From now on, the outdoor installations are accompanied by those presented in the large exhibition hall of this former monastery, and this makes possible what we could not do before: opening up to video and movies, imagining installations , vintage exhibitions, in-depth studies, initiatives throughout the year … Thus, this year the stories presented in the Franciscans are punctuated by screenings and a space is dedicated to FLORE’s first film, co-produced with the photo4food foundation which, since last year, actively participates in the festival integrating the program with four additional residences and the organization of a photographic auction for the benefit of the local Red Cross. A new partnership with the European House of Photography (MEP) also makes it possible to organize shows of its important video collection. All this energizes the idea of ​​a festival / rendezvous, with highlights about photography in an ideal place for conferences and screenings, with a bookstore, a library and, spaces for documentation and discussion.

The festival also continues to develop the educational part, with several workshops, in particular a work-shop with Antoine d´Agata and the Leica Akademie, that of Mathias Depardon with teenagers from the area, the reception of the first Reflection 2.0 Masterclass.

It must be said that Planches Contact is a particularly integrated festival in its territory?

Yes, the great peculiarity of the festival is the fact that 99% of the work of the photographers are carried out during the year as part of residencies in Deauville, with the objective of working on the territory, or carried out on the territory, now enlarged. from the city to the surrounding area. As a result, we and the artists work together in a very particular and “wireless” way, with residencies generally organized between January and July and, almost simultaneously, the production of the exhibitions, the design of the scenography, the edition of the catalog… It’s fascinating, because it’s a kind of laboratory where projects take life and form, where today’s photography takes shape. We see how ideas evolve… We see the birth of images, narrative construction or de-construction. In a period when production aids are not very frequent, I think a festival like Planches Contact can play an important role for photographers, encouraging them and helping them to produce images that can fit into their author journeys. At the same time, it allows the city to build up a large collection over the years, which is going to be regularly exhibited.

Yes, and in the choice of guest photographers, we pay attention to the variety of looks, with sometimes artists who have unexpected profiles, compared to a festival of commissions, some of them bring some nice surprises. It is a challenge for a photographer who discovers a place that sometimes he does not know at all and who must respond to a public commission which, even if it is very open, imposes a time table and modalities, such as “community life”. , during the time of residences. And it is also a challenge for the festival to provide the best possible support, to participate in the development of projects, facilitate procedures and create an atmosphere favorable to production and exchanges. The means made available by the city, the reception facilities, the XXL scale of the festival, the great availability and professionalism of Camille Binelli, head of the Franciscan Photographic Pole who works with me for the festival as coordinator, and all the teams, play a major role in the success of this adventure. Alongside the “guest” photographers, with a whole section dedicated to emerging photographers, the “springboard”, the festival reserves an important place and showcase for younger artists and the discovery of new talents. The cohabitation, sometimes of ten photographers from different horizons during the residencies, allows many meetings and unusual, interesting and enthusiastic exchanges; thus over time, we have seen a circle being created, expand and meet each year around the new participants whom we look forward to see for these inaugural days which open on the 29th  of October.