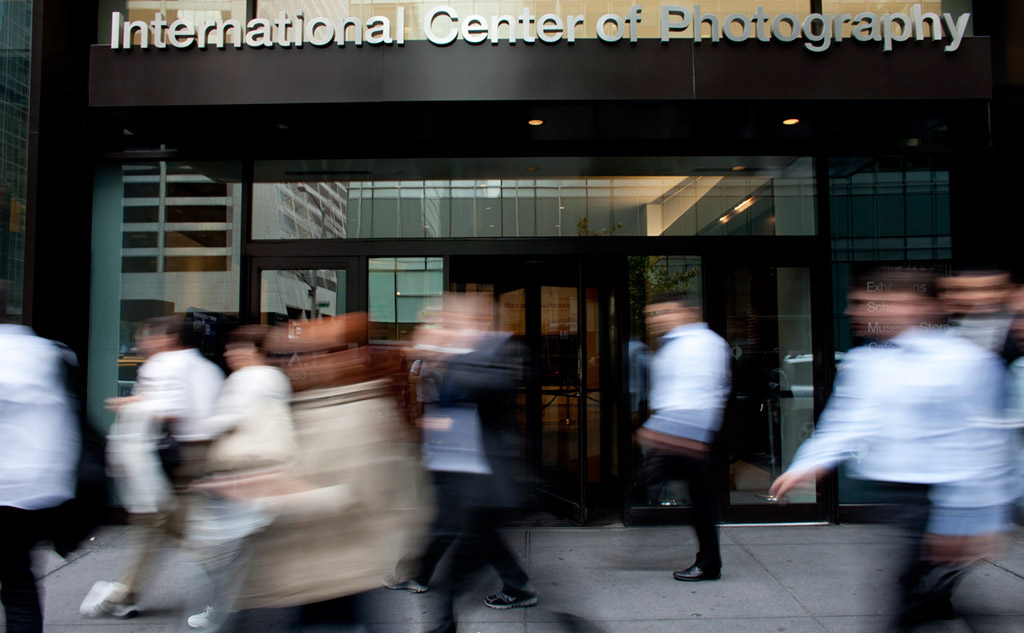 Founded in New York in 1974 by Cornell Capa (1918-2008), the brother of the great photojournalist Robert Capa, the International Center of Photography (ICP) has established itself over the decades as a major institution on the contemporary culture scene through its ability to exhibit the latest trends in documentary photography, revisit the work of major photographers and images of historical events, and its expertise in the field of visual education for the students at its school.

Since its founding, ICP has presented more than 500 exhibitions, bringing the work of more than 3,000 photographers and other artists to the public in one-person and group exhibitions and provided thousands of classes and workshops that have enriched tens of thousands of students. The museum has a diverse audience of more than 175,000 viewers annually, including over 10,000 students through tour programs and other outreach. More than 25 percent of ICP’s visitors come from states outside New York, and another 20 percent live outside the U.S. Past exhibitions include: Weegee’s World (1998), Inconvenient Evidence: Iraqi Prison Photographs from Abu Ghraib (2004), Between Past and Future: New Photography and Video from China (2004), Snap Judgments: New Positions in Contemporary African Photography (2006), Avedon Fashion (2009), The Mexican Suitcase (2010) and Capa in Color (2014), one of the finest exhibitions the city has seen in recent years.

After the untimely death of his brother Robert Capa and his colleagues Werner Bischof and David “Chim” Seymour, Cornell Capa saw the need to preserve their humanist photographs and present them to the public in various forms. In 1966, he established the International Fund for Concerned Photography in their memory. In 1974, he founded the International Center of Photography, located at 1130 Fifth Avenue at East 94th Street in New York. In 1999, the building was sold and the ICP moved to 1133 Avenue of the Americas, where it remains today, although we know that it must vacate by the end of 2014.  Shortly thereafter, in 2001, the ICP decided to open The School of the International Center of Photography across from the museum, doubling its teaching space and expanding programming and community outreach. Located on the ground floor, the International Center of Photography’s unique library welcomes over 6,000 visitors per year, including students, professors and researchers. Since 2008, the library received about 75 publications dedicated to photography, and its collection of 20,000 volumes and 2,000 files is available for reading on site.

The Infinity Awards are the Oscars of the photo world. Given out for the first time in 1985, the awards were designed to draw the public’s attention to outstanding works of photography, honor its practitioners and identify emerging artists. The 30th edition of the awards coincides with the 40th anniversary of the International Center of Photography.