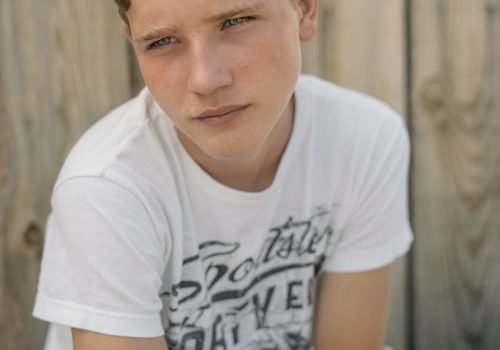 Over the past 29 years the scholarship has played an important role in keeping the values and traditions of photojournalism alive and well, by encouraging and supporting young emerging talent. Each year is organized an international photographic competition for young photographers who are either under the age of 24 or attending a full-time photographic course. 2019 marks the 30th anniversary of Ian’s death making this year particularly poignant. These awards recognise the remarkable achievements and increasingly high calibre of work being entered. This year the Ian Parry Scholarship is awarding two awards: The Sunday Times Award for Achievement and The Canon Award for Potential.

The scholarship announces the 2019 winners: Nanna Heitmann has won The Sunday Times Award for Achievement and Jedrzej Nowicki has been awarded The Canon Award for Potential the mentorship placement with former Ian Parry Award recipient and Magnum photographer Jonas Bendiksen.

Nanna Heitmann (b. 1994) is a German and Russian documentary photographer. This award will allow her continue her project ‘Hiding from Baba Yaga’, which is a poetical journey along one of the most powerful currents on earth. The river flows 3438km from the Mongolian border northward through all Siberia into the Arctic Ocean. The remains of the USRR history bear heavily on its shores and on the everyday life of its inhabitants. Heitmann’s lyrical photographs capture the social bond connecting different communities together, and are evocative of their isolation and dreams while living in one of the coldest places on earth. Heitmann was shortlisted for the Leica Oskar Barnack Award and was the winer of the student award of World Report Award 2018. She joined Magnum Photos as a nominee in 2019.

Jedrzej Nowicki (b. 1995) is a Polish photojournalist who found his way into photography covering social exclusion, human rights, solidarity and social injustice. Nowicki will use the award to document the everyday life struggles facing transgender people currently living in Poland under a conservative and transphobic government. The award will allow him to travel through the country, meet with activists, and reach out to small communities located outside of the capital. For the last 7 years, Nowicki has worked for the biggest Polish daily newspaper entitled ‘Gazeta Wyborcza’. Nowicki was nominated to Grand Press Photo award in 2018 and won Wielkopolska Press Photo in 2017 and 2018.