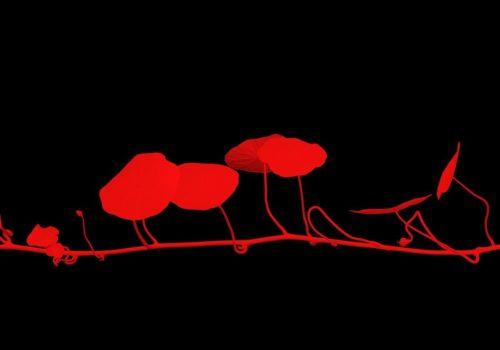 Until a few years ago the Haute Photographie fair had its home during Art Rotterdam Week next to the Fotomuseum Rotterdam. Now it was organised for the first time at the new location of Kahman Gallery Rotterdam. The place may not be familiar yet, but it is located next to the HAKA building the venue of the Object exhibition – area now known as M4H.

Haute Photographie is “a boutique photography fair with the allure of a museum”. It sets itself as goal to be a fair without booths, pushing the idea of an art fair to a new level. The target audience of the initiative are artists, curators, collectors – both young and experienced – and anyone with a genuine love for photography.

38 creators represent photography of the past (vintage), present (contemporary) and the future (talents). Their names in alphabetical order:

We chose six that we present here:

Antoine Khol, 1973, France
Antoine Khol is a Paris-based photographer and graduate from the Paris School of Photography (ICART PHOTO). Having worked in the commercial field and specifically with perfume, wine, and spirit brands, the perfectionist and sleek aesthetics of such visual language are directly reflected in his personal projects as well. In his latest long-term series “Untitled”, his focus is directed on plants, fruits, and vegetables.
Khol’s long-term observations result in unique visuals full of harmony of form and colour. Minimalist in their essence yet rich in their details, the artist’s still life photographs allow for a pleasing and curiosity-igniting viewing experience.

Astrid Verhoef  1973, The Netherlands
Astrid Verhoef studied photography at the Utrecht School of the Arts and has been working as a photographer and artist since 1998. Her staged photography has received international acclaim and has been shown at exhibitions in Amsterdam, Leiden, New York, Sydney and Tokyo. The series ‘Inscapes’ is an ongoing project and is now being presented in the Netherlands.
Growing up in the city has led Dutch photographer Astrid Verhoef to investigate and question her connection to nature. In modern day urban life the difference between being connected and feeling connected has become an interesting distinction, especially in a world where the reliance on social technology is growing. Is there a growing gap between our digital self-image and our analogue identities? This poses an interesting challenge, not only in the depth of connection to other people, but possibly even more in our connection to the natural world and to oneself.
For ‘Inscapes’ and her new series ‘Human//Nature’ Astrid travelled to secluded landscapes around the world to investigate her place in the natural world.

Atze Haytsma 1929, The Netherlands
As a young artist, the 18-year-old Atze Haytsma shared a house in Amsterdam with people like Karel Appel, Lucebert and Corneille. The latter became co-founders of the Cobra group, Haytsma continued to work alone as a sculptor. He frequently received government commissions for large sculptings and was also active as a art teacher at the Academies.
This modest artist is known for his small sculptures of female nudes, but few people know him as a photographer. It was not until 1980 that he turned to photography, in which the female nude also plays a central role. His work breathes the discovery of sensual freedom and is a quest for perfect representation of form and line of the female body.

Chantal Elisabeth Ariëns   1968, The Netherlands
In 2016, Chantal Elisabeth Ariëns decided to focus on creating personal work. Since then, the inspiration for her work stems from the subconscious, a state of emptiness. The images sprout by giving space to emotion and exploring where the connection lies between emotions and memories stored in the subconscious.
It is not always Ariëns own feelings that are exclusively expressed in her work, as the interaction with her model is included as well.. Ariëns translates this into an image. Finally, the work relates to the the viewer, who can recognise his or her feelings.
The digital process lacked magic, so Ariëns is exploring other techniques as a new way of expression. She longed for more craftmanship, for more direct and physical involved in the production process. It took her off the beaten path of photographic techniques: as such are not exclusively photographic, but reflect an interdisciplinary artistic expression.

Marcus Schaefer   1987, Germany
Marcus Schaefer is a Paris-based multi-disciplinary artist and film director. He is driven by the impulse to capture his current state of mind. In a world predominantly ruled by colour images, Schaefer seeks avenues of escape and expression through the visual aesthetics of black and white photography. Exploring intimacy, sensitivity, and abstraction, his images challenge the false preconception that black and white photography is outdated and less expressive. The photographer puts the colour black at the heart of his work, using it as a central component to his visual messaging.
Black, as the absence of colour and absorption of light, the signifier of evil, death, and fear, is newly interpreted in creative ways. Schaefer overturns the binary of black and white to create a sophisticated system of new meanings throughout the images – black acquires vulnerability and softness, becoming the site of a new entanglement of representation. The series of mostly black and white compositions feel vulnerable, otherworldly and create a vision of seductive allure. Schaefer is not interested in technical perfection; he is intrigued instead by spontaneity and imprecision. The element of mistake is fundamental in all his creative endeavours.”
“Beyond photography, Schaefer is also a drawer and uses his holistic understanding of art to inform his photographic choices and evocative storytelling. Charcoal drawing is an experimental practice and vessel for his imagination.”

Sara Punt 1994, The Netherlands
Sara Punt uses photography to display an ongoing documentation surrounding the human essence, body and expression. Growing up as a dancer, she formed an intimate relationship with the human body’s ability to express and its ability to BE art. As she learnt to love her own body, it gave her the strength to convey this to others. She captures raw lines, calm movement, and natural distortion: patterns that represent the transformation we all go through as creative beings.
By developing close relationships with her subjects, she creates an environment where there is room for organic vulnerability. She believes nudity should not be innately sexualized. Her photographs are able to stand on their own as well as serve as a unified and cohesive body of work when paired together.