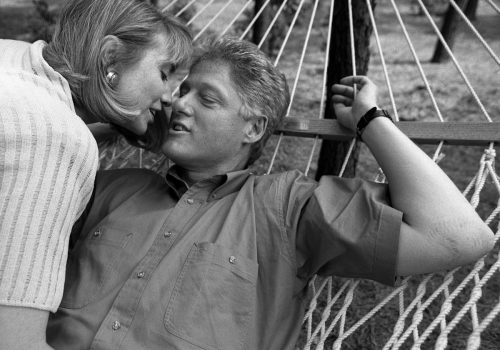 Harry Benson’s exhibition, The Beatles and beyond opened at The Lumiere Brothers Center for Photography on September 28, 2019, and remain there until January 2020. Afterward the exhibition will travel to other Russian cities for four years. Harry and wife, Gigi, was in Moscow for a week for the opening reception and for Harry to give several talks and a lecture at the American Center. The exhibition was organized by the Staley/Wise Gallery in New York in conjunction with the Lumiere Brothers Center for Photography; Russian Federation, Moscow; and the Embassy of the United Stated of America in Moscow.

The Lumiere Brothers Center for Photography presents the first exhibition in Russia by the photojournalist Harry Benson, who created the iconic photographs of The Beatles and the portraits of all the American presidents from Dwight Eisenhower to Donald Trump.The main part of the exhibition are photographs of The Beatles, with whom Benson worked from 1964 to 1966. It was these years that were the most important for the entire career of the Liverpool Four—the most productive and successful. Over that period, the group became a legend in world music, and Beatlemania swept the world.
The Lumiere Brothers Center for Photography is a non-profit organization based in Moscow, Russia. Since its inception in 2010, the Center is renowned for presenting an in-depth look into Soviet and Russian 20th century photography, promoting acclaimed and emerged foreign artists, facilitating the integration of Russian photography into the international scene. The center fulfills its aims through exhibition, education and publishing programs.
Having organized a number of monographic exhibitions of foreign artists, the center aims to expand its international program by creating conceptual exhibitions that would become a meeting ground for works produced by different artists and covering various countries and periods. It is important both to bring such international projects from abroad and to initiate them by the center’s team, developing the curatorial practices in Russia and offering complex and multiple perspectives on pertinent issues to viewers.
The center’s educational program aims to contribute to a greater public understanding and appreciation of photography and create opportunities for communication and collaboration between photographers, curators, amateurs and general public.