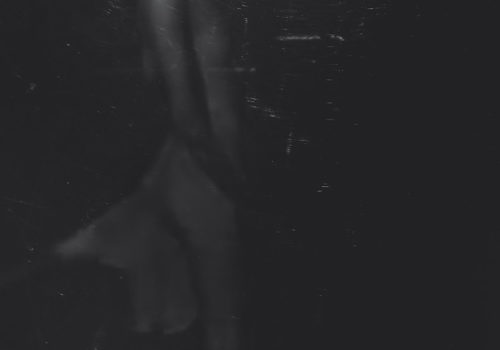 Grimm presents its first exhibition with Belgium-based artist Dirk Braeckman titled Luster./ at its New York gallery. This is the artist’s first solo show in New York in over a decade, which brings together photographs and video work from 2012 to 2021.

The photographs by Braeckman are enigmatic in their evasion of clear, linear narratives; an approach that can be seen as contradictory to the traditional deliberations of the medium. Explorations of time, however, remain in focus through a disrupted, abstracted means. Braeckman’s compositions are pulled from a seemingly endless archive of negatives that the artist has built over decades. Oftentimes a negative does not see the light of day for years until the artist is ready to employ its image. Images are then merged, manipulated, to create new inexplicable worlds, pushing the boundaries of photography by the sheer refusal of offering practical or evidential representations.

Featuring distant seascapes, architectural details and blurred nudes, Braeckman’s photographs are more akin to a painterly worldbuilding rather than documentation. The artist, much like the rest of the us, has retreated the past two years to a more localized life. An impulse for travel has shaped much of Braeckman’s life and practice, but recently the artist has returned to the studio and his darkroom, experimenting with new techniques and utilizing everything within his reach to create new confounding compositions.

Also included in the exhibition is the video work Hemony (2012), which features a swinging monumental church bell filmed from below. Tension builds as the swinging speeds up. The viewer waits for the bell clapper to hit, to hear the familiar strike of a bell’s tone, though the film remains silent. The absence of anticipated sound echoes themes of desire, offering a beautiful harmony to the darkness and voids of the photographs.

A small publication will be published on the occasion of the exhibition.