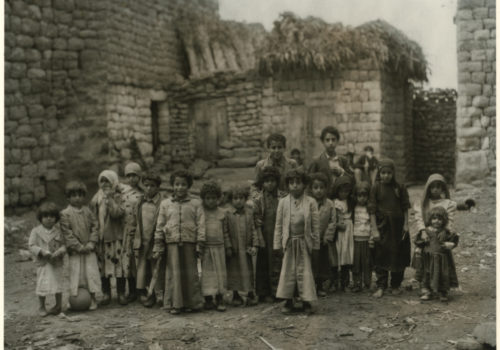 This is Al Mukalla, by Paolo Roversi

Al Mukalla is Paolo Roversi’s secret book, the fruit of a trip to Yemen in 1993, it was produced just after his return, in just seven copies, all hand-written. Twelve inset prints give the scent and poetry of this timeless journey to Happy Arabia.

It is obviously a pleasure and a privilege to bring together in this exhibition three first-rate photographers, each inventor of a writing that gives its unique coloring to the world that he restores in his images: we hope you enjoy the trip!

Born in Ravenna, Italy, in 1947, Paolo Roversi lives and works in Paris.

His interest in photography dates back to adolescence and started during a family vacation in Spain in 1964. Back home, he set up a photo lab in a cellar with another avid amateur, the postman Battista Minguzzi and began to develop and print his own black and white images. The friendship with Nevio Natali, a local professional photographer, gave him the opportunity to improve his skills and Paolo spent many hours learning in his studio.

Peter Knapp, met by chance, encouraged and incited him to come and work in Paris, where he started out as a reporter photographer for the Huppert agency.

His interest quickly shifted to fashion photography and he became assistant to British photographer Lawrence Sackmann in 1974. A demanding but very educational experience. Sackmann was very difficult, but he taught me creativity. He always said, “Your tripod and your camera must be fixed well, but your eyes and your mind must be free.”

After nine months of this apprenticeship, Paolo began to carry out small assignments for magazines such as Elle and Dépèche Mode, before Marie-Claire published his first major series. A beauty campaign carried out for Christian Dior brought him recognition in 1980, when he began to use the Polaroid 20 x 25 cm format which would become his trademark.

The studio, the large-format camera on a tripod, are for Paolo Roversi almost magical devices that he uses to capture an image, but also a presence, a soul.

“Each photograph is an encounter, a shared intimacy, a reciprocal confession. I love long sessions that leave all the time necessary for the soul to surface, to give it the chance to find its way …”