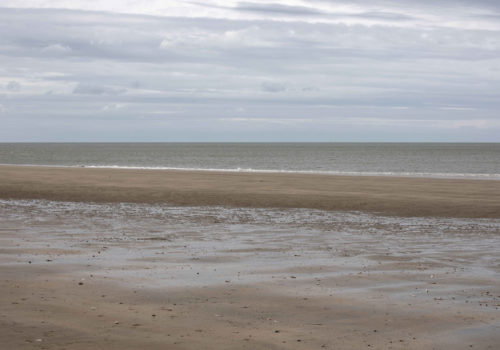 A rose at sea

For some time now, in my own way, I wanted to bring back the memory of four missing relatives through photography. Unfortunately the big age gap and life did not allow me to spend as much time as I would have liked with them …

Just like me, they were very close to the sea. That is why I wanted to send them this little gesture, which I hope will remain forever anchored in this aquatic immensity with them.

This Thursday at the end of the morning of May 2021, the sky was very cloudy letting escape a temporary clearing. The wind was blowing hard, I felt in my element, the water being very close. I drew a heart large enough to write the four first names inside and put a very beautiful red rose at the end which, despite the strong wind, resisted. The moment we lived was magnificent and full of emotion.

As the minutes went by, the tide began to rise and erase my heart and finally my beautiful red rose was washed away by the swirling waves … for all eternity.

For his 13 years old, his father offers him a Polaroid camera. Then follows the discovery of this new photographic’s world that allows him to fight against his shyness. He perceives photography as the means of immortalizing a given moment in order to transmit it to future generations. The most important for him it’s the emotion.

His photographic work aims to show essentially the behavior of life in all its forms.

The effects with natural light also occupy a big place in his photos. He usually gives them a personality of their own. The most important thing is the eye and the way in which one’s feelings about a scene, whatever it may be, will captivate the emotions of the people who will watch his photographs.

He graduated from the School of Photography EFET Paris.