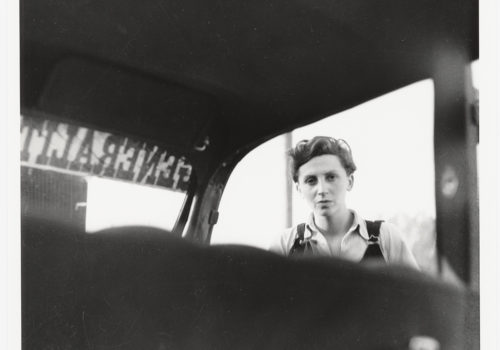 “Sur les traces de Gerda Taro” by Camille Ménager will be broadcasted on Friday June 25th at 10:20 p.m. on France 5.

At a time when photojournalism was invented, Gerda Taro photographed the tragedy of the war in Spain. She created a pioneering work before losing her life on the eve of her 27th birthday.

From Hitler’s Germany, to the desperate battles of the Spanish Republic, through the Parisian bohemia of the interwar period, her short life spanned the entire great history of the first part of the 20th century.

Her photographs express the madness of men, the pain of war but also the ideal of brotherhood and the hope for a better world.

Her name, which disappeared from collective memory, has recently resurfaced from the limbo of oblivion …

“Gerda Taro carried within her the genius of Madrid which is made up of a woman’s smile and a hero’s heart. “

André Chamson, from the Académie française, 1937

NOTE OF INTENT FROM CAMILLE MENAGER

We have to believe that Gerda Taro has this posthumous power to fascinate those who cross her path. At the very least, she will have inspired a number of contemporary writers. It is a novel which, a few years ago, for the first time drew my attention to the story of this young German of Polish origin, driven into exile by the rise of Nazism, a refugee in France, who died in Spain. All the ingredients were in fact gathered to make the young woman a heroine on the edge of a fictional character. Beautiful, poor, fearless. A short life that was as intense as it was tragic. The book, written by Susana Fortes, is called “Waiting for Robert Capa”. Gerda Taro is indeed inseparable from the legendary photoreporter whose life she shared. The absence of his name in this title, paradigm of his disappearance in historiography, was the germ of a story that I was soon going to want to write in my turn. Because after having devoted my last film to a great collective history of women from the point of view of motherhood (You will be mother, my daughter, 90 ‘, Brotherfilms), this time it is towards the individual destiny of an exceptional woman that I chose to turn, by taking an interest, in her life and in her work, in the elements that make Gerda Taro a woman of our time.

“Gerda Taro suffered the most cruel fate that shadows can know: that of not even being her own shadow, but that of another”: in a work he had dedicated to her, François Maspero thus underlined the double tragedy that struck Gerda Taro: her early death, and her oblivion, soon after, in the wake of Robert Capa’s fame.

For her name and importance to emerge, it took the “Mexican suitcase” to emerge from a forgotten wardrobe ten years ago. A set of boxes containing approximately 4,500 signed negatives of Robert Capa, David Seymour (Chim), and Gerda Taro. The first two names are then well known. The last, very little. About a third of the negatives are attributed to him. To devote a film to her today seems all the more necessary to me since all the strength of her work has finally been revealed recently: timeless, she recounts with acuity the disasters caused by the war and the commitment of a fiercely indignant youth.

My desire to unearth her work was combined with the attraction for the romantic love story of these two refugees fleeing threatening Nazism. And its doubly tragic end: the death of Gerda Taro on the Spanish front, that of an inconsolable Robert Capa years later, under the same conditions.

However, I wanted to free myself from the strictly biographical exercise, by seeking in Gerda Taro’s career the elements which shed light on our contemporary era. From this perspective, several questions ran through the writing of the story: how did such a young and inexperienced photographer manage to create a work so intimate, and at the same time so universal, forcefully recounting the mythology of war, immemorial, secular? A work so close to the individual and at the same time strongly reflecting the collective?

When you try to retrace her life, by gathering her photographs, letters from her relatives, the appearances of her photos in the press, a free, courageous and ambivalent woman emerges, seeking the light and the gaze of others. .. At the cafe as at the front, her presence leaves no one indifferent. Independent and casual, she lived her life very freely, disregarding the social conventions of her time.

The few photographs that exist of her show a young woman with fine features, short hair, a sometimes smiling face, often serious. We can guess the fierce determination she showed to bring back photos always as close as possible to danger, until her disappearance.

This film tries to bring her back to life. Bringing a shadow back to life by painting a non-linear portrait of this flamboyant figure from the early days of modern photojournalism. An exceptional life in many respects, because if Gerda Taro was not the only woman photographer of the time, the practice of photography was still the work of exceptional women.

A film by Camille Ménager

With the participation of France Télévisions