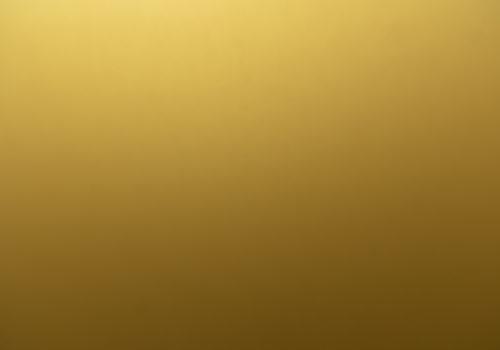 The Frac Grand Large presents Nicolas Floc’h‘s first exhibition devoted to his research La couleur de l’eau  (The Color of Water), The Frac had acquired in 2021 the work Paysages productifs, La couleur de l’eau, colonnes d’eau, Baie de Somme – Manche, -1 à -30m. Photographer of underwater landscapes, he tries to “make the invisible visible” – capturing the color of the water in the Baie de Somme but also in the oceans, the seas, along the rivers – and thus helping to study ecosystems threat. “The immersive pictorial dimension of the marine environment, its apparent abstraction, makes it a complex space for exploring color, light and the living that composes it” Nicolas Floc’h.

Photographer, sculptor, but also researcher, teacher and diver, Nicolas Floc’h is interested in the workings of our productive economy and the resulting social and environmental transformations. Through an art practice nourished by scientific research and collaborations, he tests the canonical forms of monochrome and ready-made to observe the blind spots of our representations.

The underwater environment is for him a privileged field of exploration, creation but also mediation revealing the impact of global warming and human activities on ecosystems. The artist was first interested in artificial architectural modules that make it possible to restore degraded biotopes or to optimize fisheries without overexploiting them. Between 2010 and 2015, he showed the concretization of the seabed through photographic work that renewed the landscape genre, and exhibited sculptures in reduced models of these habitats, like “inverted ruins” calling for the colonization of wildlife. and flora. (This work was exhibited at the Frac Grand Large as part of the exhibition “UN ANOTHER WORLD///IN OUR WORLD” (cur. Jean-François Sanz, September 9, 2020 – March 14, 2021).

It is in Wimereux, from 2016, with the meeting of Hubert Loisel from the University of Littoral Côte d’Opale (ULCO) and Fabrice Lizon from the Laboratory of Oceanology and Geosciences (LOG) – UMR 8187, that he is developing new research on the color of water, accompanied by artconnexion (Lille). Nicolas Floc’h had already produced an underwater photographic “monochrome” in 2004, but since 2016 he has been traveling the seas to take photographs of colors and dialogue with the scientific teams until he has developed a real shooting protocol allowing to carry out, like a coring in the ground, cuts in the masses of water.

In 2021, with scientific teams from Wimereux, they mapped the sea between the Baie de Somme and the North Sea. The artist dove to create his views at different depths while Fabrice Lizon measured the spectrum of light in the water column and Hubert Loisel analyzed satellite readings. Turbidity, which defines the more or less cloudy character of the water, determined by the optically significant elements, modifies the arrival of light and influences the colors of the water column. For the artist, “turbidity would be to the underwater landscape what the horizon is to the terrestrial landscape, its vanishing point, towards monochrome. »

Nicolas Floc’h understands the body of water as a pictorial, sensitive and immersive space, but also as a fabulous ecological regulator, populated by phytoplankton which participates in the gas exchanges between the air and the sea. Science refine this understanding of color which is not only pictorial, formal or plastic. It is a visually abstract but fundamentally concrete image, a synthesis and, somewhere, an illustration depicting the major issues of our society and the history of life. »

The sixty photographic surveys of the northern coast, presented in a grid, go from brown to green by adopting amber, orange, khaki, absinthe or even emerald hues. Amazing variations that owe a lot to the currents of the estuary, when the fresh water of the river becomes brackish. We are far from the shades of Mediterranean blues explored in another series shown online. The common imagination of the colors of water is thus enriched by the various monochromes from the seas, rivers and oceans of the world and which dialogue in the exhibition. An astonishing and colorful visual universe, whose nuances the artist strives to capture: warm colors linked to sediments, dissolved organic and inorganic matter, detrital matter (residue of matter), and tints ranging from blue to green determined by phytoplankton density.

Phytoplankton is made up of all the unicellular organisms present in surface waters (photosynthetic bacteria and microalgae). Their sedimentation over millions of years has contributed to the formation of oil but also to that of limestone rocks, including the famous blue stones of Hainaut. Using 3D modeling technologies, Nicolas Floc’h has had diatoms enlarged in this blue stone, allowing the variety of their shapes to be appreciated. The exhibition at the Frac Grand Large thus brings together, for the first time, different aspects of an ongoing research that links land and sea to better translate the invisible flows that go thru us.

The exhibition “The color of water” is produced in collaboration with artconnexion (Lille) which has accompanied Nicolas Floc’h in his productions with the scientists of Wimereux since 2014 and with the support of the Florent Maubert gallery (Paris). This exhibition is part of “Utopia”, 6th thematic edition of lille3000, as part of the project “This sea that surrounds us” with an exhibition at Espace Le Carré, municipal contemporary art space of the city of Lille ( May 12 to July 17, 2022) and artconnexion (Lille, May 3 to July 17, 2022).

On May 6, 2022, the Frac Grand Large will host the colloquium “The color of water” co-organized with artconnexion in partnership with the CEAC (Centre d’Études des Arts Contemporains) of the University of Lille. Bringing together researchers from LOG – UMR 8187, ULCO, curators and art critics, this symposium will shed light on Nicolas Floc’h’s corpus and explore color from an artistic and scientific point of view, and the underlying issues of water as an ecological regulator.