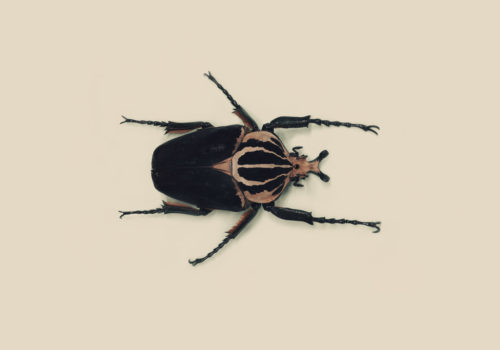 Opening on 18 September, East Wing will be among over 50 international galleries presenting at the 3rd edition of Unseen Photography festival in Amsterdam. For this upcoming edition the gallery will present: “For Future Reference”, a collection curated by Lars Willumeit for Unseen. In this series, science and visual art come together in thought provoking imagery that explores, questions and re-imagines nature, technology, history and science; challenging themes commonly held as neutral, static and absolute.

The four artist presented include:

Yann Mingard (Switzerland) – “DEPOSIT”, published by Steidl in 2014.  From 2009 to 2013 Mingard studied and photographed 21 central locations that store and preserve the building blocks of civilization. The work is divided into four chapters and explores issues of preservation, focusing on plants, animals, humans and data. Banks for blood, sperm, umbilical cord samples, and stem cells are established and these materials are now stored under public or private stewardship. Companies freeze DNA or stem cells as a means of potentially healing future diseases.

The preservation of organic materials and data causes us to rethink the significance of our heritage. Collecting, archiving, storing, and risk management strategies play on feelings of insecurity and fear in society.
“DEPOSIT” premiered at Fotomuseum Winterthur (CH) in early 2014, and will continue on to Museum Folkwang Essen (DE) in fall of 2014, Fotomuseum Antwerp (BE) in 2015 and Fondation Gwin Zegal (FR) in 2016.

Robert Zhao Renhui (Singapore) – “A Guide to the Flora and Fauna of the World”. Renhui a multi-disciplinary artist investigates different modes of the human zoological gaze; how people view animals. Based on the concept of doubt and uncertainty, Renhui tests the limits of different principles behind the dissemination of knowledge and the acceptance of truths.

Renhui received his BA from Camberwell College of Arts and his MA at the University of the Arts London. He has exhibited internationally at: Singapore Art Museum; The Substation Gallery, Singapore; Fukuoka Asian Art Museum, Japan; Institute of Contemporary Art, Singapore; Chapter Gallery, Wales; Photo-Levallois Festival, Paris; GoEun Museum of Photography, Korea; The Zabludowicz Collection, London; P.P.O.W Gallery, New York and Shanghart, Shanghai. Renhui is the recipient of the 2011 Deutsche Bank Award in Photography (London). His work has also been featured at a number of Photographic Festivals Internationally.

Jules Spinatsch (Switzerland) – “ASYNCHRONOUS I –X”.  Spinatsch has developed innovative and idiosyncratic approaches towards documentary photography over the last decade, using automated cameras and other technological methods to create what he terms Surveillance Panorama Projects.

From “ASYNCHRONOUS I – X” East Wing will present two episodes of this ongoing series of work, which looks at the history of nuclear-technology from the cold war until today.  “ASYNCHRONOUS III” documents in a tableau of 289 images the path of nuclear fuel cells into the reactor core photographed with a semi-automatic camera. “ASYNCHRONOUS IV” “de-interprets“ existing visual material produced for education and/or promotion of nuclear technology and its ideology.

Regine Petersen (Germany) – “Find a Falling Star / The Indian Iron” Premiering at Unseen is the new chapter of Petersen’s ongoing investigations into the impact of meteorites on the earth.  On 29 August 2006 a meteorite, consisting of a rare iron with unique properties, fell on Kanwarpura, a remote village in Rajasthan, which cannot be found on any regular map. Two shepherds witnessed the event, beat the meteorite with sticks and drowned it in water.

Regine Petersen’s quest for documentation in her series “The Indian Iron” is confronted with different dynamics, which turned her work into a short story on the opacity between cultures and differing evaluations of “historical” events.
Regine received her Masters degree in Photography from the Royal College of Art, London (2009). Her work has been presented in various solo and group shows internationally including: Rencontres d’Arles, France (2012) and Science Operations Center, UA Lunar & Planetary Lab, Tucson, AZ USA (2011). Regine was also a recipient of the Alfried Krupp von Bohlen und Halbach Foundation Bursary in 2012, as well as an artist residency at B2 Institute, Oracle, AZ USA (2011). Most recently she was selected as a finalist for the 2014 Prix HSBC pour la Photographie.

Each year Unseen also exhibits The Unseen Collection, a special showcase of affordable artworks directed at those interested in beginning their own collections.  For this special event East Wing presents three artists whose work explores cultural issues with fresh perspectives.

Lina Hashim (Denmark) – “No Wind with Hijab”.  Born in Kuwait City, now based in Denmark where she is a student at The Royal Danish Academy of Fine Arts, Lina began the series, “No Wind with Hijab” in 2012, photographing women’s hair normally hidden from public view under a hijab, the scarf that covers a woman’s head, concealing her hair in public.

Drawn from her own memories of how her mother and friends transformed when they removed their hijab, Lina has been photographing women’s hair and chronicling the length of time they have kept it covered with their hijab. To make the photographs and allow her subjects to reveal their hair and not break with their Islamic beliefs, Lina consulted a number of Imams, or spiritual leaders, living in Copenhagen: “…I asked him if it would be OK to take a photo in which I don’t reveal any of the skin or characteristics of the woman. And he said that it’s impossible to do that, but it would be OK. So I copy-pasted what he said in a document and showed it to all these girls I asked to photograph.”

By photographing these women from behind – against a white background, which stands as a symbol of their purity and innocence, Lina separates the girl’s hair, making her subject anonymous and the action is no longer considered a sin. Lina Hashim confronts her own inner concerns regarding Islam in her artistic practice, using photography as a means of raising her own questions and concerns.

Emine Gozde Sevim (Turkey) – “Homeland Delirium”.  Originally from Istanbul, Turkey, Sevim arrived in the United States in 2001 on a high school scholarship. She received a Bachelor of Arts Degree in Photography, Sociology and International Relations from Bard College in 2008. Following graduation from 2008 – 2012, Sevim was invited to work with various photographers from the Magnum Photo Agency in New York.

She embarked on exploring an “alternative” Middle-Eastern visual narrative in the context of a post 9 / 11 era beginning in 2007. Her maternal family left Kabul, Afghanistan in 1975, where she returned in 2007 visiting with her Afghan grandfather following the U.S invasion. She has continued this comprehensive project about “lives in passing” throughout Palestine, Turkey and Egypt. Sevim’s narrative explores the existentialist complexities of provincial daily realities in the context of current historical transitions.

Fardin Waezi (Afghanistan) – Reportage in Afghanistan.  Born in the Kart-e-Now, in Kabul, Afghanistan, Fardin made his first photograph at seven years old in his father’s photographic studio in Kabul. During the Taliban regime, Fardin used a simple camera, to make official images, while also photographing challenging real life moments in Afghanistan at the same time. After the Taliban’s collapse in 2001, Fardin studied photojournalism at the Afghan Media and Culture Center (AINA), for four years and developed his technical skills. Since graduating, Fardin has trained over 60 students, many of whom now work as photojournalists with various media organizations around the country.

“It is through my pictures that I want the world to know my country is more than suicide bombings, the Taliban and women wearing burqas.”

Fardin has exhibited in France, Iran, Germany, and for USAID in ten provinces of Afghanistan, as well as the United Nations Assistance Mission (UNAMA) in Kabul. His work has been published internationally in magazines and newspapers including: Der Spiegel; Le Point; The New International; Le Figaro; Sydney Morning Herald; The New York Times; El Mundo; L’Express and over 15 local magazines and newspapers. He has also worked with a number of respected international professional agencies.

Lars Willumeit (Germany) is an anthropologist and curator, presently completing his Masters Degree in Art education and curating at the Zurich University of the Arts (ZHdK). Lars was past Photo Editor of GEO magazine in Hamburg and New York and past Photo Director of Du –Die Zeitschrift der Kultur, the German language arts and culture magazine. He is presently based in Zurich, Switzerland.

INFORMATIONS
The Other Hundred
Group Exhibition
From September 16th to October 15th, 2014