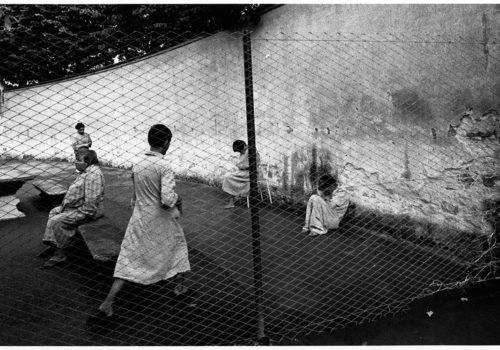 The must attend opening is the SI Fest 2022’s one in Savignano sul Rubicone (near Rimini), on October 1-2. It’s a fine time to perceive the very identity of the place, that is known as the City of Photography. A couple of weeks later, there is the launch of the ColornoPhotoLife Festival, in Colorno, near Parma (October 14-16). But those who want to take advantage of a single trip along the Emilia Romagna Photo Valley can already enjoy some exhibitions that can be seen in preview.

The artistic director of the SI FEST, in its 31st edition, is Alex Majoli, who has been a member of Magnum Photos since 2001 and was its president from 2011 to 2014. The festival (the current edition is titled Lonely Donkeys, according to a quote from Il Caos by Pier Paolo Pasolini) features photos by Stanley Greenberg (Telescopes and Time Machines), Lee Miller, Gunner Stahl, Stephen Gill (A Series of Disappointments), Jim Goldberg, Gianni Berengo Gardin and Carla Cerati (Morire di classe), to name but a few. The exhibitions are also displayed in the schools, among desks and blackboards. These locations are linked to the festival common thread, which highlights the need for image education for everybody, and specifically for the younger population, because of the relevance of imagery in the contemporary world. The programme also features the exhibitions Delhirium by Andrea de Franciscis (“Marco Pesaresi” Award); Cracolândia by Luca Meola (“Werther Colonna” Portfolio Award); Piena di Grazia by Ilaria Sagaria (Portfolio Italia – Gran Premio Fujiﬁlm Award), that won contests connected to the SI FEST2021, while Le città dei bambini is from the archives.

At the opposite end of the Emilia Romagna Photo Valley, the ColornoPhotoLife, in its 13th edition, opens on the third weekend of October (October 14 to 16). However, a few exhibitions are already set up and are open to visitors at the Aranciaia / Mupac, like as Alberto Sordi, l’umanità fragile, with images from the Archivio Storico Fotografico della Fondazione 3M and Il Mississippi by William Ferris, one of the most well-known American ethnomusicologists. L’Arte di ritrarre gli artisti by Nino Migliori and La crisi del lago Ciad by Marco Gualazzini are going to be displayed at the Reggia di Colorno (the Ducal Palace, built by the Duke of Parma in the early 18th century), from October 14. The solo exhibition by Nino Migliori, curated by Sandro Parmiggiani, featuring 86 unpublished works, portraits of artists, the photographer took from the 1950s to the present. His images allow an overview of the different techniques he used, of the research he has done through the photographic medium over seventy years. At the Aranciaia/ MUPAC other shows are scheduled, like Love Givers by Simone Cerio, Cosmi by Alessandro Gattuso, Piena di grazia by Ilaria Sagaria, Leaves by Stefano Sabene, the group show L’acqua fonte di vita and some more. The ColornoPhotoLife 2022 program also includes collateral initiatives, such as editorial presentations, portfolio readings, workshops, audio-visual projections, musical performances as well as the Read-Zine fanzine reading prize.