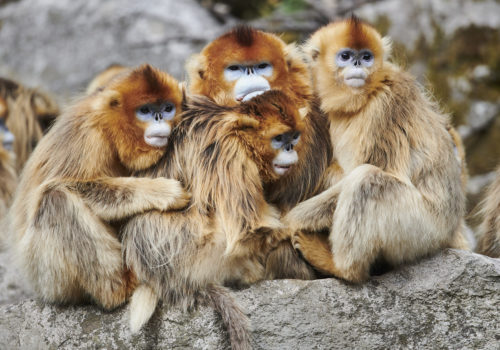 The Montier animal photography festival is held from November 18 to 21. Philippe Ricordel exhibits these astonishing pictures there and tells us about them!

Philippe Ricordel was born in Paris and came to photography very early on since the first image he can remember taking is a portrait of his mother at the age of 10 (having borrowed his father’s Savoy-Royer). It was only the first step towards a world of images (first SLR at the age of 17). Parisian but raised between countryside and city, these first photos were those that can be made when surrounded by nature. Motorsports, F1 in particular, will also be among the areas explored.

After his engineering studies, he travelled the world first professionally, always with his camera and film to testify to what he sees and feels. Gradually the return to nature photographie imposed itself on him in the early 2000s.

Today, a photographer by passion, he is a world traveler fascinated by the beauty of the land and the wild animals that inhabit it, he testifies to this with his images taken as close as possible to the species in their natural environments.

His work on rhinopithecus, rare and fascinating primates that inhabit the highest peaks in China, (Rhinopitecus of Biet and Roxellane) began with the discovery of these species endemic to China while he was based in Shanghai for his work. Today he presents in an exhibition 24 of the most recent photographs taken in 2018 of the two species at the Montier en Der Festival.

These two species are largely unknown to the general public despite an image of Roxellane’s rhinopithecus that won grand prize of the Wildlife Photographer of the Year in 2018 (Marsel Van Oosten), their appearance in the film “Born in China” by Disney (released in France in 2017 – Roxellane) and a report, still on the Roxellane species, in the documentary broadcast in 2020 on France 2 “One planet, two wild worlds – Northern Hemisphere” (directed by Jo Avery for the BBC).

They both share the sad privilege of being classified as an “endangered species” (EN-Endangered status) according to the IUCN (International Union for Conservation of Nature) classification.

The rhinopithecus of Biet (with white and black coat and pink lips) was discovered in 1897 and it takes its name from Mgr Félix Biet, missionary in Tibet who had sent 7 specimens to the Natural History Museum in Paris, the origin of the Latin name Rhinopithecus bieti.

Since then, the species has remained largely unknown until the 1990s. The rhinopithecus of Biet is one of the rare primates to live in a most extreme environment, in high altitude forests, between 2800 and 4700m in the Yun Ling mountains. , between the Mekong and the Yang-Tse-Kiang, northwest of Yunnan and southeast of Tibet. Its total population is estimated at around 2-3,000 individuals divided into about fifteen isolated groups. Given the extent of its habitat and the difficulties in accessing these areas, it is possible that not all populations have yet been discovered.

Roxellane’s rhinopithecus (golden coat and blue face) has a population much greater than that of its cousin (16,500 individuals including the two subspecies, Qinlingensis (4,400) and Hubeiensis (1,100) versus a population of 2-3,000 individuals for rhinophitecus of Biet).

They live in temperate forests located at high altitudes, between 1300 and 2800m, where winters are long and cold (it is not uncommon for temperatures to drop below 0 ° C at night) and where there are still large seasonal variations in food availability. This endangered species of monkey lives mainly in the provinces of Sichuan, Gansu and Shaanxi, as well as in the Shennongjia Nature Reserve, in the province of Hubei. As its habitat remains fairly easily accessible to humans, disturbances linked to human activities (logging, urban development, tourism, etc.) are potentially more frequent.

A full article on Roxellane’s rhinopithèqye was recently published (December 2020) by the magazine Nat’Images with the images produced by Philippe Ricordel as an illustration.

Philippe is a member of the International Primate Society (IPS) and the SFDP (Société Française de Primatologie) and works in collaboration with various associations such as Selamatkanyaki (Indonesia) and BBPP (Equatorial Guinea).

He is part of the DR collective and also contributes to the Podcast Baleine Sous Gravillon.

“I think that popularization and education are key elements in raising awareness to the evolution of the environment, the podcasts of Baleine sous gravillon are there for that, the interviews of subject specialists, such as Jean-Michel Bernard for the episode on the wolf or even the one on sperm whales with François Sarano correspond perfectly to this spirit of awakening consciousness that I myself try to have in my photographic approach. ”