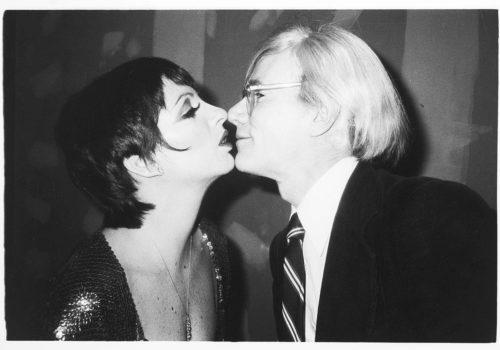 The Fahey/Klein Gallery presents “Christopher Makos: Fringe”. This retrospective of Makos’ stunning career will feature an array of works including unique photographic collages and assemblages of legendary cultural icons.

The photographs exhibited in Fringe are an unembellished visual diary representing a co-mingling of New York’s uptown and downtown worlds, celebrity culture, and the east coast art scene spanning over decades. Makos had unprecedented access to an array of individuals who would shape culture with their own distinct mark through his close working and personal relationship with Andy Warhol. His images capture fragments of iconic Pop culture moments with a nuanced approach. Makos’ unconventional compositions and edgy subject matter is not analytical but improvisational – never sentimental – with a youthful and fresh perspective.

After living in Europe for a time, Makos moved to New York in 1969. His first exhibition, Step On It, was at 492 Broome Street and featured photographs spread across the gallery floor, covered with sheets of plexiglass – allowing attendees to literally step on his photographs. Bob Colacello, the former Editor at Warhol’s Interview Magazine, attended this exhibition on Broome Street. This connection ultimately led to a meeting between Makos and Warhol at Warhol’s Factory, and a position for Chris at Interview Magazine. Makos and Warhol’s close relationship would last from the mid-1970’s until Warhol’s death in 1987.

Christopher Makos was born in Lowell, Massachusetts, grew up in California, and moved to New York after high school. He studied architecture in Paris and briefly worked as an apprentice to Man Ray. Andy Warhol, Makos’ good friend and frequent portrait subject, called Makos “the most modern

photographer in America.” Chris’ photographs have been exhibited in galleries and museums such as the Guggenheim Museum in Bilbao, the Tate Modern in London, the Whitney Museum of American Art in New York, the IVAM in Valencia (Spain) and the Reina Sofia Museum in Madrid. His pictures have appeared in magazines and newspapers, including Paris Match and Wall Street Journal. He is the author of several important books, like the volumes Warhol/Makos In Context (2007), Andy Warhol China 1982 (2007) Christopher Makos Polaroids (2009) and, most recently, Andy Modeling Portfolio (2022).