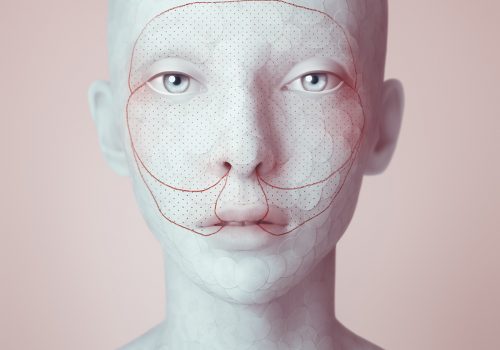 Photographic practices, by revolving around notions of instant, duration, repetition or even flow, visibly question the question of a specific temporality in this medium. Photography offers the illusion of suspended time and has also contributed to that of a dream of eternity. With photography, a new space-time is established, interstitial and neutral, ritualized “out of time”, as if the very moment of the shooting was already a moment outside of reality.

Could time be a continuous moment that would chain moments? A series of discontinuous moments? Perhaps, today, we no longer seek to capture privileged moments, those which seem to us full of meaning, with a little too much evidence, but rather occasions with insignificant appearances which shift the temporal stakes of photography to to underline something else, the very organization of this temporality. And it is precisely these movements of time and meaning that will interest us for this exhibition.

We all come, in this unexpected and tense moment, threatened by the invisible, to experience time, or at least time upset and suspended. We had to re-appropriate a completely disorganized temporality and reinvent ourselves in the face of chaos. We were then given time to think, to see it coming, to imagine, to look at this time, to envision it too and to measure its full thickness and weight. This time so constrained, shrunk in space, almost unbearable, has given us a presentiment of the possibility of living it differently and infinitely. At the same time locked up and completely free. It was an intimate shock.

This very personal temporal experience gave everyone a surplus of meaning that will make them understand this exhibition, the depth of time / photographic material, with a very special sensitivity.

Time has grown thicker, for the time required for photography has made us strive more and more towards the instant, then towards the shorter and shorter instant, then towards immediacy. In fact, the time thus shortened must have taken on thickness and also space. Instead of spreading out in a fluid continuity and a duration that no longer exists, the photography has set to work in the depths of the image. Like our relationship to society, which has also changed in temporality. It is therefore this thickness of time and space that is now given to us to see as photographic temporal materiality and no longer the stopping of the instant as proof of “it was” (1). In this sense, photography’s relationship to reality is once again undermined. Photography which is only a surface gives time its full depth. And even if this time does not stop moving, moving, we inhabit it in depth. It’s not about finding an identity or a definition for it, it’s the one we live in, the one we’re talking about, it’s ours.

“There is a temporal style of the world and time remains the same because the past is an old future and a recent present, the present a near past and a recent future, the future finally a present and even a past to come. , that is to say because each dimension of time is treated or referred to as something other than itself, that is to say, finally, because there is a gaze at the heart of time ”. (2) For Merleau-Ponty, it is an inside look that makes us aware of time and its temporality.

The artists who make this exhibition, “Thickness of time / photographic” explore and experiment the limits of photography, but also this specific relationship to time. They dig the surface and also work on the very idea of ​​what makes an image. They will each introduce us, through their different perspectives, to the reality of a time, what we say photographic, in its density and thickness. There is a transformation of the gaze where the present then appears to us in truth as the only temporal reality which belongs to us in its own right.

Time would therefore be primarily subjective, for it only exists in our minds and in fact characterizes the constitutive lack of our human condition, which is permanently elusive of us. Time is human and time is nothing in itself outside of man and his perception of things. It is only specific to the relationship that man has with the world. It is in this that it interests the artist as well as the illusion that photography gives of mastering it. Especially since time opposes the idea of ​​eternity.

As soon as we try to think about time, time runs away and overflows us. Time perhaps does not exist. And if, precisely, time was made up of non-existence. This is perhaps the question raised by this exhibition associated with the notion of photographic. Time challenges us in all its depth.